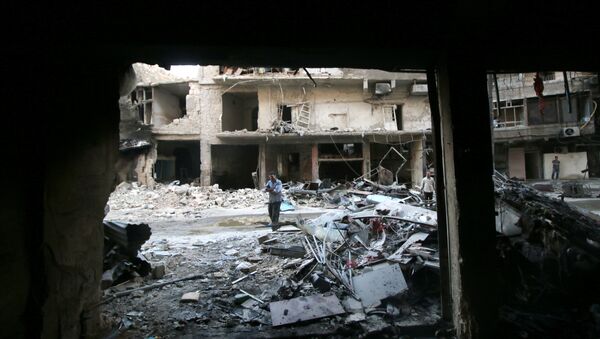 Sporadic mortar attacks by terrorists during the night killed a child and wounded eight adult civilians in the suburbs of the Syrian city of Aleppo in the past 24 hours, the Russian Defense Ministry said on Friday.

MOSCOW (Sputnik) — In late May, the Syrian Democratic Forces troops announced an offensive operation against the Daesh group. One of the goals of the operation supported by the US-led coalition is to liberate the city of Manbij.

The US-Russian brokered ceasefire entered into force on ceasefire agreement came into force across Syria on February 27. Terrorist organizations such the Daesh and the Nusra Front, both outlawed in Russia, are excluded from the truce.

"As a result of indiscriminate night-time mortar shelling of Sheikh Maqsood quarter, a child was killed, and eight civilians were wounded. Five residential buildings were damaged," the ministry said in a daily bulletin posted on its website. 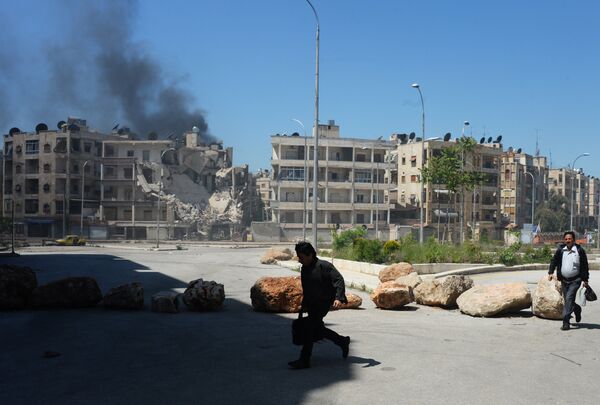