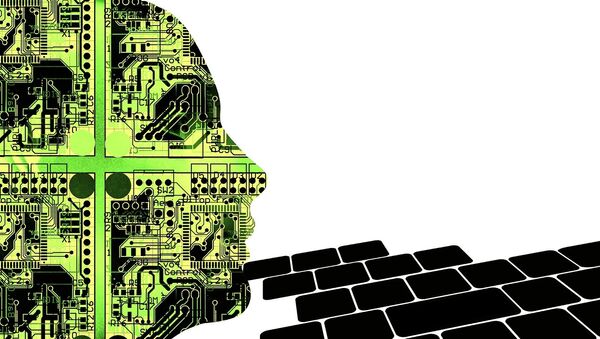 It's 2016, and "Benjamin" has written his first sci-fi screenplay about a group of people falling in love in a post-apocalyptic world. But Benjamin isn't a real person, he's an artificial intelligent (AI) program which used an algorithm to write the script for "Sunspring."

Science-fiction movies written by predictive AI — the stuff robots once thought they could only dream of doing — has become a reality. "Sunspring" — the first ever movie to be made by using an algorithm — has been produced for the 48-Hour-Film Challenge at the Sci-Fi London Festival.

AI researcher Ross Goodwin and filmmaker Oscar Sharp, fed 'Benjamin 1980s and 1990s sci-fi screenplays in order to develop the algorithm, using LTSM, Long Short-Term Memory recurrent neural network — and he must have devoured them as the characters Benjamin came up with for the movie, were called H, H2 and C.

According to Ars Technica, "The AI has captured the rhythm of science fiction writing, even if some of Benjamin's sentences are hilariously nonsensical. 'We're going to see the money,' C says at one point."

@Middleditch @MrOscarSharp @Annaleen I cried at the end, so that's something.

Benjamin's co-creator, Sharp, told Ars Technica that the most interesting part of the experiment was learning about patterns in science fiction storytelling. It took Goodwin a year to produce Benjamin.

And Benjamin has a few more screnplays up his AI sleeve. According to his Facebook page, another movie, "Lovelier Down the Sky," is "the story of a man who is found dead in his home in a small town who has been sent to a small town in the hopes of making a living as a child."

"A Mistress of Night and Day" is "a contemporary interactive short film about a young man who is about to be found in a remote house in the middle of nowhere. A trap is being destroyed by a strange creature. The underground battle saves the day and he meets a girl who doesn't want to be a single mother."

@Middleditch in his Space jacket in sunspring pic.twitter.com/eznqT70R5v

These movie synopses don't make a whole lot of sense, but Benjamin is basically some sort of AI robot writing movies based on an algorithm gleamed from scripts from the 80s and 90s, so not likely that we'll be seeing the first robot win an Oscar anytime soon.