Sanders Meets With Obama Ahead of Last Democratic Primary 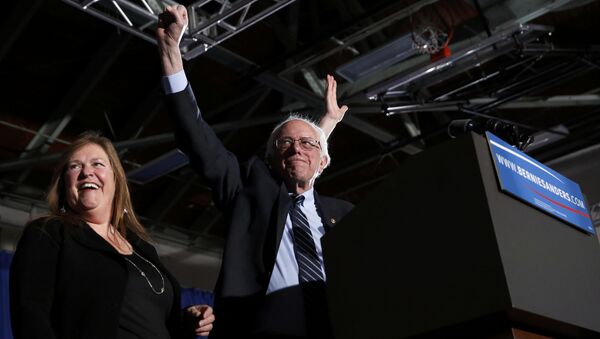 US presidential hopeful Bernie Sanders has started his meeting with President Barack Obama in Washington, DC.

Sanders Campaign Accuses Clinton of Colluding With Media on Nomination Call
WASHINGTON (Sputnik) — US presidential hopeful Bernie Sanders has started his meeting with President Barack Obama in Washington, DC, the White House said in a pool report on Thursday.

The meeting, which had been scheduled ahead of the last Democratic primary, is taking place in the oval office of the White House, according to the report.

On Monday, the US media has declared former US Secretary of State Hillary Clinton the presumptive Democratic nominee. However, Sanders has not withdrawn from the race for the White House.

Bernie or Bust: What Happens to Sanders’ Supporters Now?
On Tuesday, Clinton dashed the last remaining hopes of Sanders, beating him 56-43 percent in California, which has a population of around 40 million and is the most populous US state.

Sanders’ defeat was expected to weaken his claim to try and change the Democratic party’s platform for the presidential election to be hammered out at the party’s national convention in Philadelphia at the end of July.