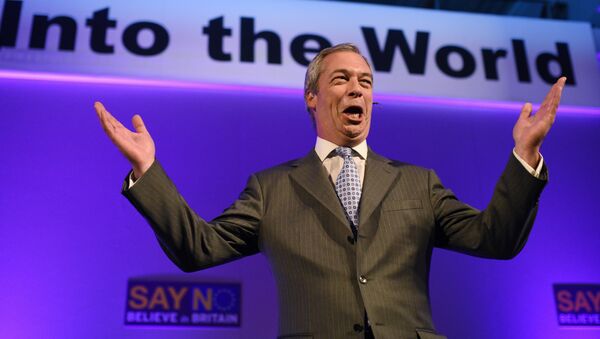 Mr Farage made the claim at a debate in May, that Wainwright said 5000 jihadists had traveled to Europe as a result of flawed migration policy. Rob Wainwright was quick to rebuke the UKIP leader's claim.

Citing fake sources — I have never said 5,000 terrorists have returned to Europe. Have repeatedly clarified this https://t.co/QjiDwuPmJo

Mr Farage apparently did not heed the request however, as he repeated the claims at an ITV debate this week, leading to Rob Wainwright repeating his request that Nigel Farage stop misquoting him:

"I suspect less than one third have [entered the EU] and of those the largest proportion are unlikely to pose a terrorist threat… There is no basis in fact, not even false media reporting, for this point."

He has suggested that Farage was relying on a falsified quote, published in a German newspaper, that had been discredited in February.

To be very clear: Mr Farage's claim on #itvdebate that I have said EU migration policy led to 5,000 jihadists coming to Europe is 100% false

The original quote which Nigel Farage had referred to, emerged from a misquote in a German newspaper, which Mr Wainwright called "a fake source," adding that:

"Europol complained to the paper and asked it to correct the false information, which it promptly did in the online version."

Rob Wainwright has previously argued against a Brexit vote, saying that such a move would be a "serious miscalculation," as cooperation between police and intelligence agencies throughout the EU strengthens the UK's defenses against terrorism.