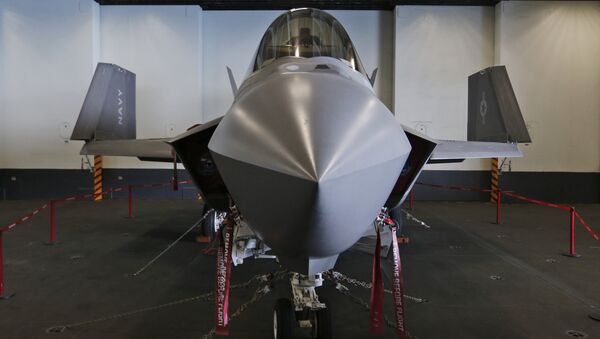 A second US aircraft carrier strike group arrived in the Mediterranean Sea on Wednesday in support of US national security interests in Europe, the US European Command (EUCOM) announced in a release.

Why US Simultaneously Deploys Six Aircraft Carrier Groups
WASHINGTON (Sputnik) — Earlier this week it was reported that US Navy deploys the biggest number of aircraft carrier strike groups at the same time.

"The USS Dwight D. Eisenhower Carrier Strike Group (IKE CSG) entered the Mediterranean Sea and the US 6th Fleet area of operations today in support of US national security interests in Europe," the release stated on Wednesday.

"The presence of two carrier strike groups in the Mediterranean Sea demonstrates our commitment to safety and security in the region," the release stated. "These forces further serve to support European allies and partners, deter potential threats and are capable of conducting operations in support of the counter-ISIL [Daesh] mission."

The EUCOM added that the IKE CSG ships are the centerpiece of the US Navy's Great Green Fleet initiative.

US Navy Launches First Strike From the Med Since 2003, Targets Daesh
"Great Green Fleet operations in Europe will involve a multi-day passing exercise (PASSEX) with units of the Italian Navy's Flotta Verde," it explained. "The PASSEX will highlight energy conservation operations and will involve a refueling at sea (RAS) event during which an Italian oiler will refuel IKE CSG ships with advanced alternative fuel."

On Friday, the Unite States launched its first sorties in support of the fight against Daesh from an aircraft carrier in the Eastern Mediterranean. The strike group includes the Nimitz-class aircraft carrier Harry S. Truman, the guided missile cruiser Anzio and the destroyer Gonzalez, according to the release.