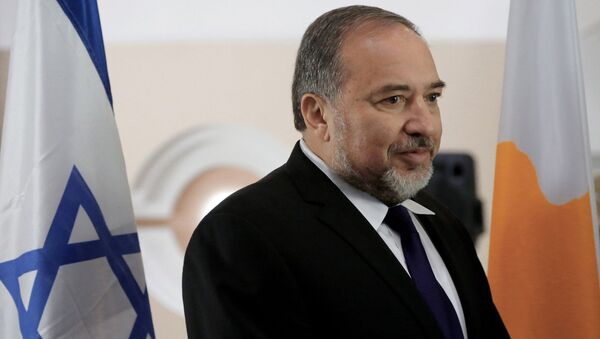 MOSCOW (Sputnik) – Last month, the Israeli government unanimously approved candidacy of Liberman, the head of the Yisrael Beytenu party, for the post of the defense minister.

"If you want me to judge this person on what he used to say and what he has done in the past, he will be a catastrophe to the whole process, his inclusion to the process will be detrimental to the process itself," Maliki said.

What to Expect From Israel's New Defense Minister Avigdor Lieberman
However, Maliki reminded of Palestinian President Mahmoud Abbas’ call to not judge people on their former actions "but rather on what they will start saying."

"Quickly right after he [Liberman] was appointed, he started to be… flexible in his approach and himself talked about the Arab Peace Initiative. We have to be cautious and not issue stereotype statements. We are currently refraining from doing so and waiting to judge based on his actions. May be, he will surprise all of us and show new Liberman," Maliki said.

Liberman has previously made controversial statements regarding Palestine. For instance, he has repeatedly called Abbas a political and diplomatic "terrorist," accusing the Palestinian leader of not being able or willing to resolve the ongoing conflict.

The Arab Peace Initiative is a 10-sentence proposal for an end to the Arab-Israeli conflict that was endorsed by the Arab League in 2002. The initiative offers Israel normalization of relations with the Arab world in return for withdrawal from the land occupied in 1967, the recognition of a Palestinian state with its capital in East Jerusalem and a fair solution to the issue of Palestinian refugees.