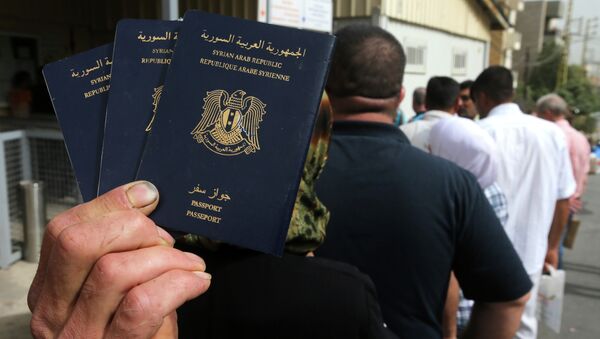 About 80 percent of migrants who entered German territory in the first quarter of this year did not have passports, German media reported on Wednesday, citing the German Federal Police.

Sweden to Target Refugees' and Terrorists' Abuse of "Lost" Passports
MOSCOW (Sputnik) — According to the police report published by the Bild newspaper, some 91,000 migrants did not have any identification documents.

"If during the process of consideration of application on refugee status the forged documents are provided, the asylum seeker needs to prove their citizenship <…> In this case, if the situation is clarified, positive decision on a refugee status is not excluded," German Interior Minister Thomas de Maiziere was quoted as saying by the newspaper.

According to the Federal Police, about 4,200 migrants have been put on a wanted list.