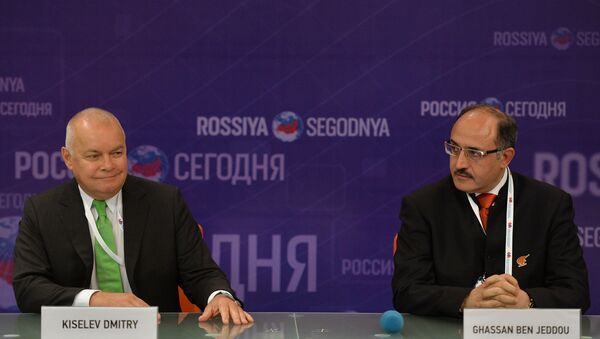 Al Mayadeen TV and SANA are the first media outlets from both Lebanon and Syria to enter into agreements with Sputnik news agency and radio. 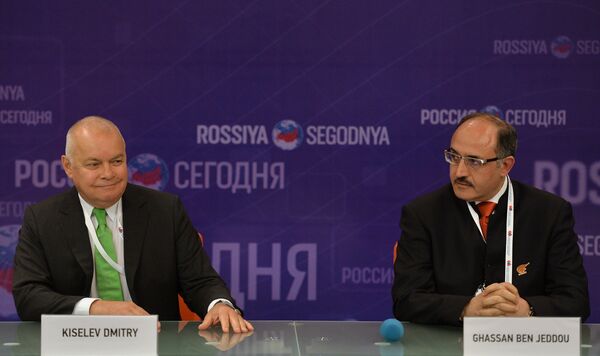 Under these agreements, the parties will exchange information and hold joint events aimed at enhancing informational cooperation between their respective countries and Sputnik.

SANA’s Director General Ahmad Dawa said, “The signing today of a cooperation agreement with Sputnik news agency and radio is of great importance for us, and even more so against the backdrop of current geopolitical developments. I hope that by combining our efforts we will contribute to the resolution of all conflicts,”. 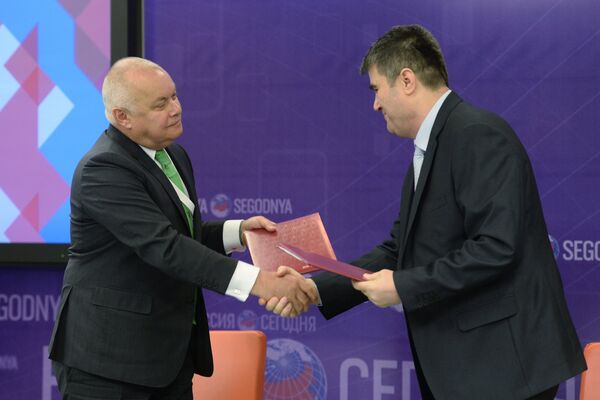 Al Mayadeen TV Chairman Ghassan Ben Jeddou also said, “The agreement between Sputnik news agency and radio and Al Mayadeen, an Arab media network, is the first step along a strategic path that we are forging with confidence and with a view on the long run. We will strive to enhance our professional cooperation in the media space.”

SANA (http://sana.sy) is a state-owned Syrian news agency headquartered in Damascus. Established in 1965, is has offices in all 14 Syrian provinces, as well as in Beirut, Paris, Moscow, Amman, Teheran, Kuwait, Cairo, Tripoli, Rome and Ankara with 43 reporters working outside Syria in Arab countries and elsewhere. The agency produces over 500 news items per day in Arabic, English, French, Spanish, Russian and Turkish languages.