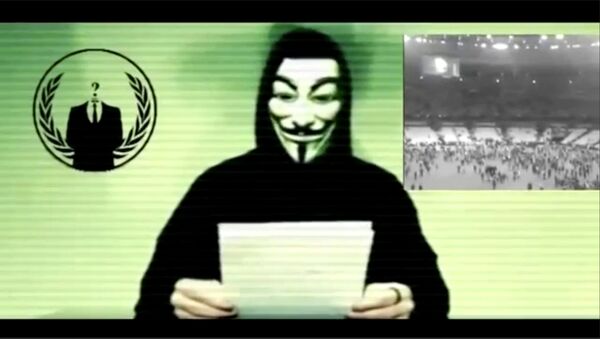 © REUTERS
Subscribe
Having promised to battle corruption and injustice worldwide by hacking major financial institutions, the Anonymous hacktivist group reportedly took down the website of the London Stock Exchange (LSE), considered to be one of the world’s largest establishments of its kind.

#OpIcarus Advances as Banks Brace for More Exploits by Anonymous
The anonymous hack was reportedly carried out from a location in the Philippines.

The LSE website went offline at 9AM (08:00 GMT) local time, at the beginning of working hours, last Thursday, and was inaccessible for two hours. LSE representatives have refused to comment on the issue, and kept the hack secret, but experts believe the site was exposed to a distributed denial of service (DDoS) attack, suggesting that no critical information was compromised.

"In this instance it appears trading was not affected and no sensitive data was stolen, but it is still very worrying hackers were able to infiltrate such a critical part of the global economy," Andy Buchanan, area vice president for RES Software in the UK and Ireland, told Newsweek.

The attack was carried out within a framework called Operation Icarus, a stated effort by hackers to battle injustice by compromising banking sites around the globe.

“We must strike at the heart of their empire by once again throwing a wrench into the machine, but this time we face a much bigger target – the global financial system,” the statement posted to the group’s site reads.

Since the launch of Operation Icarus hacking campaign in May 2016, 67 cyberattacks have been carried out against various financial institutions, a Twitter account promoting Icarus claims.

That's about 67 Central Banking Sites in the past month. I say that's pretty decent.

“The attack on the London Stock Exchange is another example that no organisation, no matter how big, is safe,” Buchanan said. “The LSE should treat this episode as a valuable lesson and an opportunity to ramp up their security processes.”

Anonymous appeared online in 2004, as a global network of activist and hacktivist entities that oppose economic inequality and what they term the existing global financial architecture. Anonymous hacktivists seek to disrupt government censorship and control, as well as subvert multinational corporations and state institutions, and some individuals. Past targets include the Ku Klux Klan, Daesh and Donald Trump.