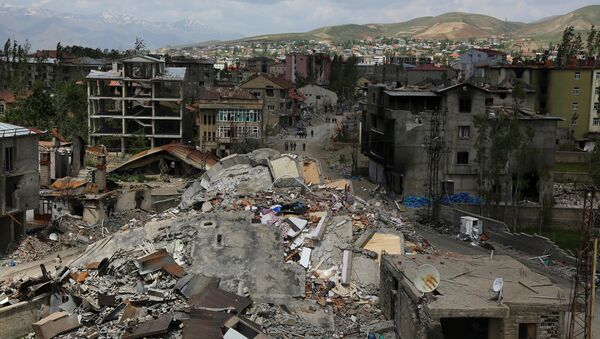 The Turkish armed forces have killed at least 27 militants from the Kurdistan Workers Party (PKK), which is designated a terrorist organization by Ankara, in the country's southeast, the General Staff said on Sunday.

"[On Saturday,] in Hakkari province, Semdinli, [southeastern Turkey, near the Iraqi and Iranian borders], seven members of the separatist terrorist organization have been neutralized as a result of airstrikes," the Turkish military said in a statement adding that 20 PKK militants were killed in the same area on Friday.

A ceasefire between Turkey and Kurdish militants collapsed in July 2015, prompting the Turkish authorities to launch a military operation in the Kurdish-dominated southeastern regions.