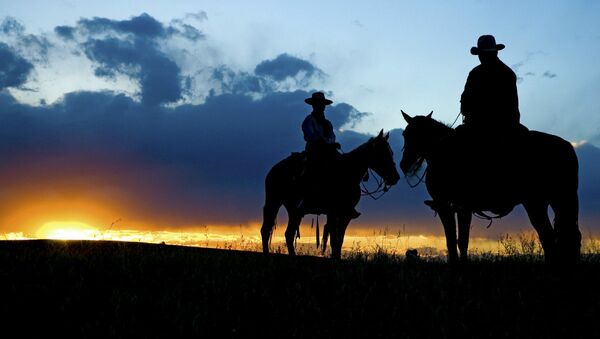 Last month, President Vladimir Putin approved a law offering Russian citizens a hectare's worth of free land in the Russian Far East. In an article on the subject, Russian journalist Alexander Firsov explained the details of the new law, its historical background, and its prospects for turning the Far East into an economic powerhouse.

The project is in its a pilot stage, the land selected from among nine regions, including Yakutia, Kamchatka, Primorye, Khabarovsk, Amur, Magadan, Sakhalin, and the Jewish and Chukotka autonomous regions. In these regions there are theoretically over 50 million hectares up for grabs, enough for about a third of Russia's total population.

For convenience, citizens are able to select their desired hectare right off the Far East Development Ministry's website; about 600 applicants from the Far Eastern Federal District have already applied.

Come to Russia, Where the Girls are Beautiful and the Land is Free
The intriguing project has found a great deal of interest among foreigners. According to a humorous and probably less-than-serious poll by Britain's Daily Express, nearly 80% of the paper's readers would be ready to move to Russia if the free land offer were expanded to foreigners.

However, discussing the prospects for the project in an analysis for the online news and analysis portal PolitRussia, journalist Alexander Firsov emphasized that "there's no chance" that foreigners will ever get the opportunity. "However, nothing prevents Britons from renouncing their citizenship to get Russian citizenship, if their desire to becoming a landowner in the Far East is so great," Firsov joked. 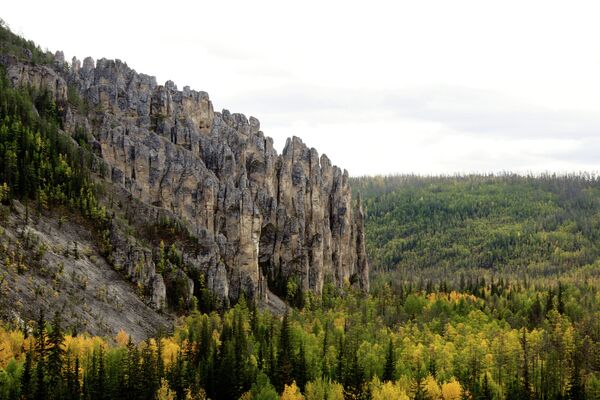 "This is not the first attempt by the Russian government to provide an impetus for the development of the Far Eastern territories, which traditionally – during the Imperial period, during Soviet times, and today, have faced a lack of attention from among the population," the journalist recalled.

The Russian president's attention to the issue isn't new either, the Firsov added. "In his December 2013 address to the Federal Assembly, almost a third of Putin's speech was devoted to the development of Siberia and the Far East, and the necessity for cooperation with the countries of the Pacific region."

"This is our national priority for the whole 21st century," Putin said. "The tasks which much be solved are unprecedented in their scope, and this means that the steps we take must be unconventional."

Intrepid Japanese Intrigued by Free Land Offer in Russia's Far East
A few months earlier, the government had created the Ministry for the Development of the Far East, with Putin's speech effectively setting forth the overarching goals before the new ministry.

"The media, politicians, domestic and foreign observers were all talking about Russia's turn to the east," Firsov wrote. "But soon it was all eclipsed by the Ukrainian crisis – and there was little [attention] left over for the Far East. Nonetheless, in May 2014, Russia signed contracts with China on the construction of a gas pipeline. In the case of its full implementation, it will allow us to develop our territories along its entire length."

Furthermore, in autumn 2014, the new ministry responsible for the Far East's development laid out its comprehensive program. 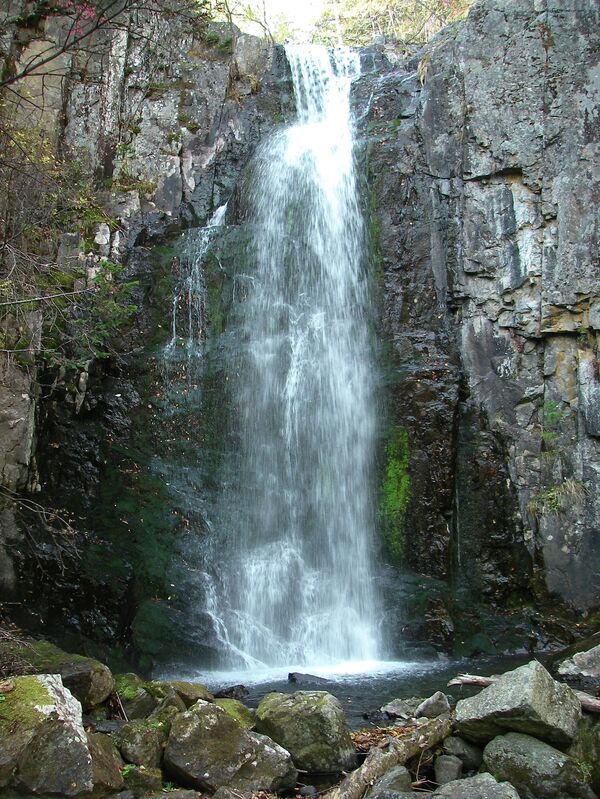 In its essence, Firsov emphasized, the 'Far Eastern hectare' project "is not something new, but rather is something old and well-forgotten. In many respects it rests on the experience of the Stolypin reforms."

"In his own time, Stolypin was able to give a serious impetus to the development of Siberia and the Far East as a whole," Firsov noted, "but these initiatives were curtailed in 1911 following the statesman's assassination by the anarchist Dmitry Bogrov in a theater in Kiev. The reforms were then completely buried after the start of the Second World War and the ensuing revolution."

Stolypin's reforms, in turn, were borrowed from another political figure, this one from the United States, "who, by the irony of fate, was also killed in a theater, half a century before Stolypin."

"In the 1830s," the journalist wrote, the 'free soilers' movement was gaining popularity in the United States. They called for the transfer of land to anyone who might seek it in the territories purchased from France and ceded to the United States after the end of the war with Mexico."

"However, the movement was met with opposition from among the fragile union of northern industrialists and southern plantation owners. The former feared that the entire workforce would run away to tame the Wild West, while the second had their own plans for these territories, hoping to expand their system of slave labor there."

"In 1860," Firsov recalled, "the free soilers agreed that they would support Abraham Lincoln in the presidential race if he included their proposals in his program. In 1862, the president fulfilled his side of the bargain, and signed the Homestead Act. This law, which would come to shape modern America, really does have a great deal of common features both to the Stolypin reforms, and to today's Far Eastern hectare project."

Skeptics Waiting for Russia's Collapse Will End Up Waiting Forever
The main similarity, the journalist pointed out, "is the deferred transfer of ownership. It's not possible to just break off a hectare and sit on it like a dog in the manger. Ownership is transferred only after five years, and only in the event that the owner really begins to conduct 'any economic activity which is not prohibited by Russian law'. Otherwise, the territory will be taken back into the state fund." 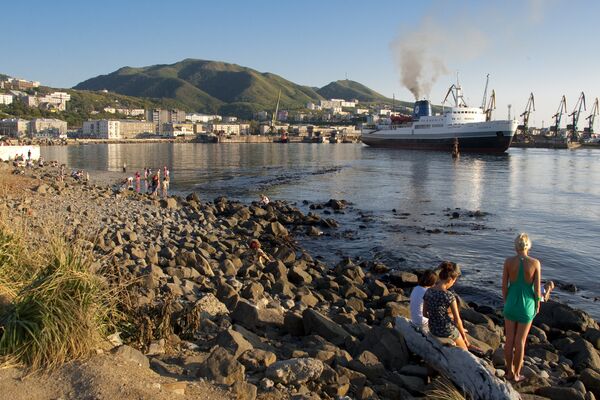 But there are differences, too, Firsov added. In their own time, "the Americans gave land only to heads of households who had reached 21 years of age. In our enlightened and emancipated age there are no such restrictions, and a family of four can, accordingly, claim four hectares. There is another important difference: the size of the allotment. Uncle Sam was ready to give every American family 65 hectares, which is far more generous than the Russian proposal."

Effectively, the journalist noted, "the 'Far Eastern hectare' project is an excellent pilot project, allowing for the development of a number of mechanisms, including a regulatory framework, infrastructure in these areas, and a methodology for evaluating the use of land."

"For example, if you are stuck in the middle of your hectare with a self-built house, does this count as economic activity or not?" At the same time, just like the American settlers of the 19th century and those of the Stolypin era, people are interested in the quality of the land, and its proximity to infrastructure such as railways and navigable rivers.

'Go East': Why EU Should Stop Building NATO Bases and Turn to Russia, China
But "today, almost any economic activity also requires electricity, gas and other infrastructure all the way up to powerful water treatment plants; after all, there were no environmental regulations 100-150 years ago."

"And it's obvious that the main portion of the cost of the infrastructure must be assumed by the state. A farmer would not be able to pay for the laying of power transmission lines, while the prospects of laying gas pipelines for a hundred kilometers would quash the enthusiasm of any budding industrialist."

Therefore, the government has already approved a law stipulating that electricity in the Far East will be cheaper, with prices not exceeding 3.19 rubles (about 0.05 cents US) per kilowatt hour. 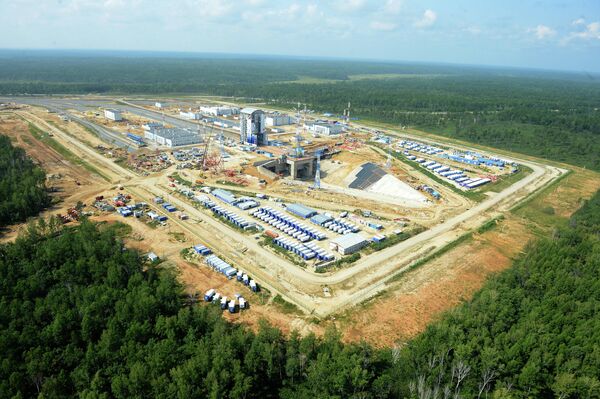 Another important element is cheap credit, Firsov recalled. "The farm business is highly dependent on credit, and its land is the collateral. In the case of the Far Eastern hectare project, the farmer will receive his property rights [only] in the sixth year." Therefore, "it's necessary to think up some other form of credit for people who want to engage in agriculture there."

This, according to the journalist, must include small business support measures, as well as subsidized mortgage rates; in this sense, the government is already busy thinking things through, "and promises to provide more information in the near future, when the first applications are approved."

At the same time, "it's also obvious that a hectare is too little for any serious economic activity. After these mechanisms are worked out, it will be necessary to increase the amount of land given out to each person, to at least 50 hectares – 100 would be even better."

Seeking New Allies: Russia ‘Looks to the East’
This, Firsov suggested, could be done in a number of ways, including the purchase of adjacent plots from the state on favorable terms. "There's enough land for it. Under the Homestead Act in the United States, 115 million hectares were distributed, allowing for the creation of about 2 million homesteads." In Russia's case, "just the nine pilot areas of the Far Eastern Federal District have 50 million acres available; we have the wide open spaces; now we need the desire to tame them." 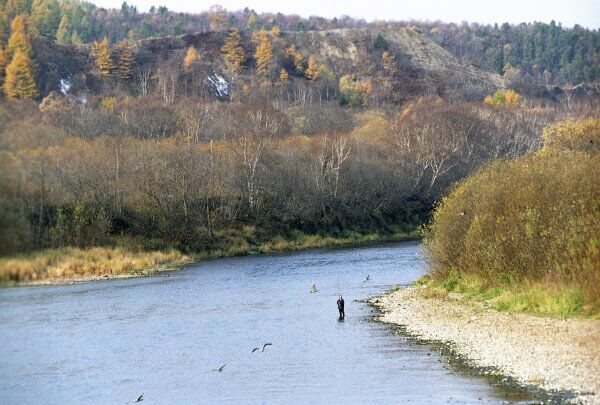 "The Far Eastern Hectare is an excellent building block for this road. The main thing is not to look at it as a panacea, and to understand that it is simply the beginning of a long and arduous journey," Firsov concluded.