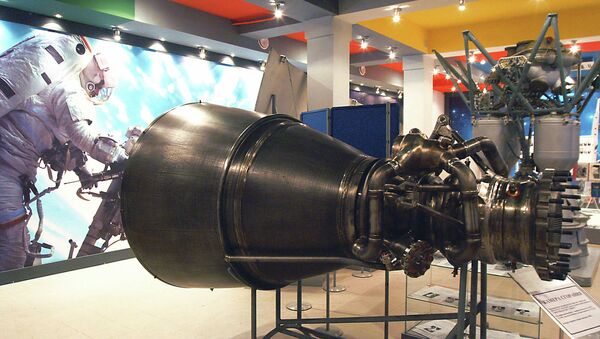 A joint effort by the US and Ukraine to replace Russian rocket engines would be a perfect "formula for disaster," retired US Department of Defense analyst Franklin "Chuck" Spinney told Sputnik.

"From a program management point of view, based on my experience in the Defense Department… teaming corrupt — and probably incompetent — Ukrainians with US defense-space contractors is a formula for a budget-schedule-performance disaster," Spinney said on Thursday.

Ukrainian Military Tents Prove No Match for Wet Weather
Ukraine has proposed to the United States joint development and production of rocket engines to replace Russia’s RD-180 that the US side buys for its space industry, head of the State Space Agency of Ukraine Lyubomyr Sabadosh said on Monday.

However, if such a deal was approved, both US aerospace contractors and Ukrainian companies partnering with them were likely to try and take full advantage of opportunities for cost overruns and loopholes in agreements, Spinney predicted.

"There is still a huge problem of corruption… by Ukrainians obviously, but also by US contractors," he noted. "As usual, US contractors and their neo-conservative consultants will make out like bandits exploiting this honeypot. No doubt so will the Ukrainian oligarchs."

Spinney cautioned that any such move could face major legal obstacles because the Ukrainians would be offering engine designs probably largely based on earlier Russian ones.

"I am not sure it is feasible… We would be teaming with the Ukrainians to build the same engine the Russians are selling us. Even if this arrangement is legal under the terms of the breakup of the Soviet Union, it is another slap in the Russians’ face," he observed.

Weapons for Kiev, Troops for Europe: US Congress Okays New 'Defense' Budget
A large part of the Soviet missile design and production capabilities were in Ukraine and became part of Ukraine’s industrial infrastructure after the disintegration of the Soviet Union, Spinney recalled.

"So who owns the design of this engine?" he asked.

"When you add in co-operative design and engineering in partnership with the Ukrainians on an extremely complex system, the probability of cost overruns, performance degradations, and schedule slippages becomes a virtual certainty," he commented.

Spinney praised the current agreement to provide Russian RD-180 engines for US Atlas-V rockets as an important example of continuing US-Russian cooperation.

"Politically, I think this engine program, while embarrassing for the United States, has been an example showing it is possible to work constructively with Russia, even in trying times," he remarked.

Will America Set Military Back by Abandoning Russian RD-180 Rocket Engines?
However, scrapping the program in favor of a new project with Ukraine would further strain US-Russian relations, Spinney warned.

"Giving them this kind of gratuitous poke in the eye would simply be one more example that hard liners in Russia could use to pressure President [Vladimir] Putin into a more confrontational stance," he said.

In 2014, the United States said it decided to not to use the RD-180 engines to launch its military and intelligence satellites.