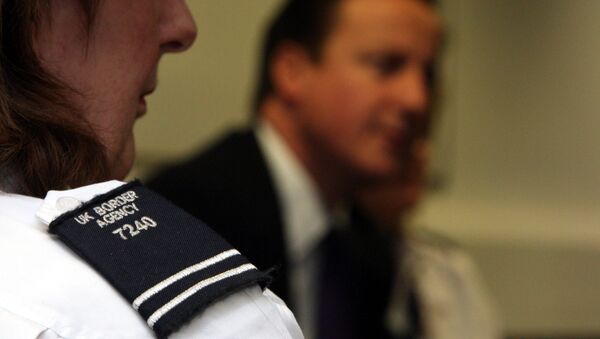 According to the BBC, Farage said that the "continuing flood of people" to the United Kingdom has resulted in "a great divide" between the ruling classes and "everybody else," and if it continues the UK population will reach 80 million by 2040.

Earlier in the day, The Guardian reported that Farage would be leading a flotilla of fisher boats up the Thames to central London, which is aimed to call for the UK’s exit from the European Union, known as Brexit, which Farage advocates.

UK nationals are set to vote on June 23 in a referendum on the country's EU membership, after Cameron and the leaders of other 27 EU member states agreed in February to grant the United Kingdom a special status within the bloc. The rival campaigns officially started in early April.