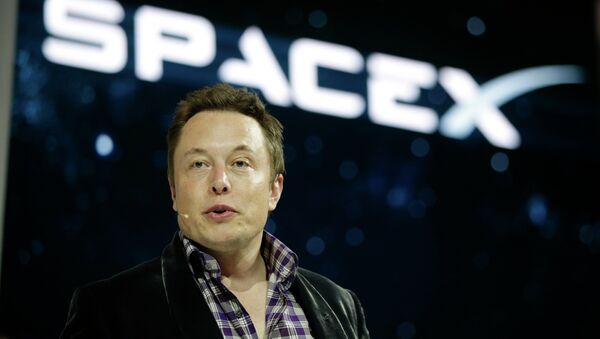 The eccentric tech titan made some interesting comments during his appearance at the annual Code Conference.

On Thursday, billionaire tech innovator Elon Musk amused the world during his appearance at the annual Code Conference in Southern California with banter that many say walked the line between brilliance and psychosis.

The innovator suggested that there is a one-in-a-billion chance that our existence is a reality game played by a higher form of being, and called for universal brain transplants to prevent robot overlords from overtaking humanity, among other bizarre and whimsical commentary.

"I don’t love the idea of being a house cat," the entrepreneur declared, before saying that humans will be oppressed by artificial intelligence (AI) in a matter of years.

​Musk proposed the implantation of "neural lace," a mesh substance that fits onto a brain to provide ordinary people with supercomputing attributes. The lace would be transplanted into humans, he suggests, by means of a syringe, with no surgery necessary.

In addition to creating his personal version of X-Men, Musk questioned human existence, pointing to advances in the gaming industry. In forty years since the release of the first video game, he observed, humans now have lifelike video game graphics and nascent virtual reality environments. "If you assume any rate of improvement at all, then games will become indistinguishable from reality."

​Musk extrapolated tech advances to state that, "There’s a one in a billion chance we’re in base reality," suggesting that we are avatars in alien games.

The tech CEO believes that humans (or the aliens animating us through remote command) will arrive on Mars by 2025, several decades before even the most optimistic government assessment.

Musk developed SpaceX in 2002 with the goal of "enabling people to live on other planets," and in April announced that the company’s first unmanned mission to Mars would launch in 2018 using his company’s Falcon heavy rocket. He said he is motivated to live long enough to die on Mars, which he believes will be colonized by humans who seek a direct, rather than a representative, democracy.

​The colorful business leader, best known for his sleek Tesla electric cars, may sound like a rambling lunatic at times, but his far-out ideas could move our society to the Final Frontier.