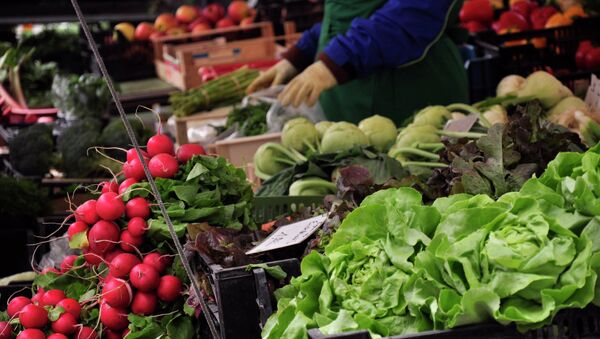 Organic agriculture is faced with a lot of problems for its inability to use potentially harmful, yet effective pesticides. To target this, Denmark may wage a biological warfare on vermin by using drones to deploy predatory insects to its vulnerable organic fields.

Weird Science: Sham Researchers Enjoy Tax Breaks in Denmark
Once a field is labeled organic, it becomes a daunting challenge to fight pests like mites and aphids without using chemicals. A new research project, backed by Denmark's Environment and Food Ministry, is developing a drone which is intended to be used for spreading ladybugs and other predatory insects to exterminate all vermin which threaten organic crops, the tabloid newspaper BT reported.

The project, which has been granted 8.3 million kroner (roughly 1.5 million dollars) by the Environment and Food Ministry represents a joint venture between the Danish tech company Ecobotix, Aarhus University and the University of Southern Denmark and is expected to curtail pesticide use in Danish agriculture by 3.4 percent.

"It's not just the organic sector that is booming in Denmark," Environment and Food Minister Esben Lunde Larsen said, citing untapped potential in the organic market. "The desire to innovate is also blossoming, and Danish companies are among the world's best at developing new technology within a number of areas."

Beyond Ikea: Swedish Gadget to Harvest Water on Martian Surface
Recently, the Food and Agriculture Ministry announced plans to launch Europe's first organic food business group to assist the Danish government in boosting the sector and strengthen the Danes' reputation as world's most pro-organic consumers.

The debate on organic food has been seething over the past decade, with its devotees claiming significant health and environment benefits, whereas supporters of "conventional" food argue organic products are simply overpriced, with little evidence to back their advantage.