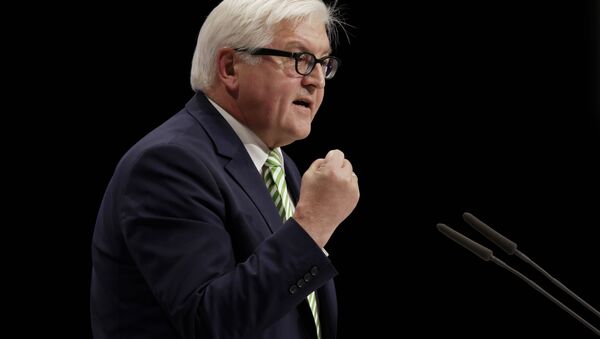 NATO Needs Dialogue With Russia to Rebuild Trust - Steinmeier
MOSCOW (Sputnik) – The negotiations among the OSCE, Moldova, Transnistria, Russia, Ukraine, the United States and the European Union were last held in June 2014.

"It is therefore an important milestone that the official 5+2 talks on a settlement of the Transdniestria conflict will resume today, after a two-year break," Steinmeier said ahead of the talks.

Steinmeier noted that Germany was focused on developing a "shared notion" for the breakaway territory’s status, which he said should not violate Moldova’s territorial integrity.

Transnistria, a region dominated by an ethnically Russian and Ukrainian population, broke away from the Soviet Republic of Moldova in 1990, fearing the country might seek to reunify with neighboring Romania.

The move triggered a war that ended in a ceasefire in July 1992, but the conflict has remained unresolved with Moldova offering the region a status of autonomy and Transnistria seeking international recognition.