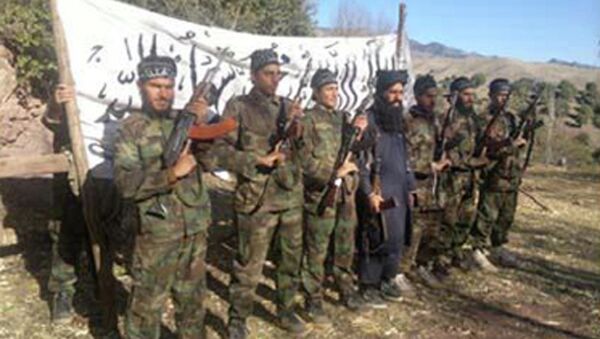 At Least 5 Killed in Taliban Attack in Eastern Afghani Ghazni
MOSCOW (Sputnik) — On May 29, Pakistani Interior Ministry said that the DNA analysis confirmed the death of Mansour. The confirmation of Mansour's identity was complicated by the fact that he had documents of a different person when the body was found.

"The family of the leader of Taliban took the body on the other side of the border," Khan said, as quoted by the local Geo TV broadcaster.

Mullah Akhtar Mansour was killed on May 21 in a drone strike on a vehicle he was occupying en route to the Pakistani city of Quetta, Balochistan province. Mansour was picked to replace Taliban's previous leader in mid-2015. Pakistani Prime Minister Nawaz Sharif slammed the US drone strike, describing it as a violation of Pakistan’s sovereignty.

Afghanistan is struggling with a political, economical and social crisis as it attempts to tackle the Taliban's insurgency. The situation in the country has worsened in recent months, with the Taliban launching offensives in major cities.