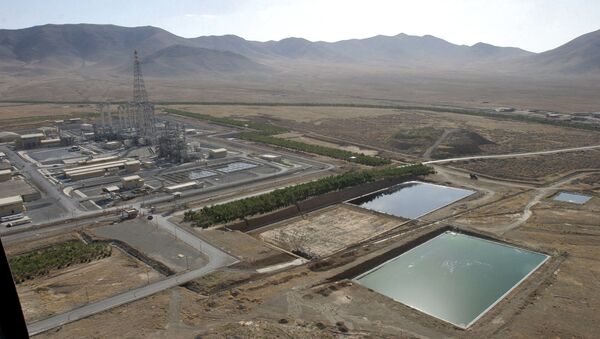 The US is expecting heavy water from Iran to be delivered in upcoming weeks, US Department of State spokesperson John Kirby said in a briefing on Wednesday.

WASHINGTON (Sputnik) —The hydrogen in heavy water is partly or fully replaced by the isotope deuterium, which is used as a moderator in nuclear reactors.

Tehran vs. Tech Terrorism: Iran Blames Saudi Hackers for Cyber-Attacks
In April, the State Department announced it had made a licensed purchase of more than 30 metric tons of heavy water from the Atomic Energy Organization of Iran.

The US Energy Department has said the heavy water purchase was intended to help Tehran comply with the terms of a nuclear agreement reached in July 2015 between Iran and six world powers, including the United States and Russia.

Under the terms of the nuclear agreement, Iran must keep its stock of heavy water below 130 tons and later under 90 tons.