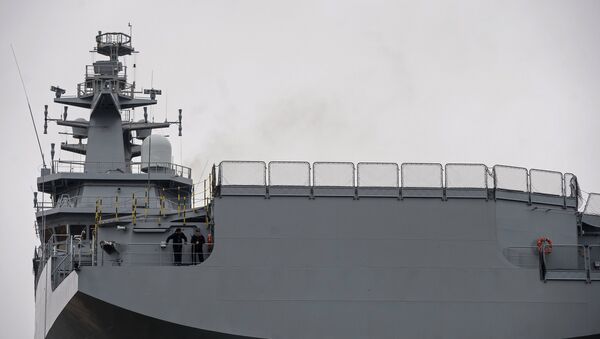 © Sputnik / Grigoriy Sisoev
/
Go to the photo bank
Subscribe
The first of Mistral class helicopter carriers will be handed from France's DNSC company to Egypt on June 2, according to company's spokesman.

"We will hold an official handover ceremony tomorrow," the spokesman said, adding that the warship, named after legendary Egyptian president Gamal Abdel Nasser, will depart for Egypt in a week.

The second Mistral class ship is expected to be handed over to Egypt in late September, the official said.