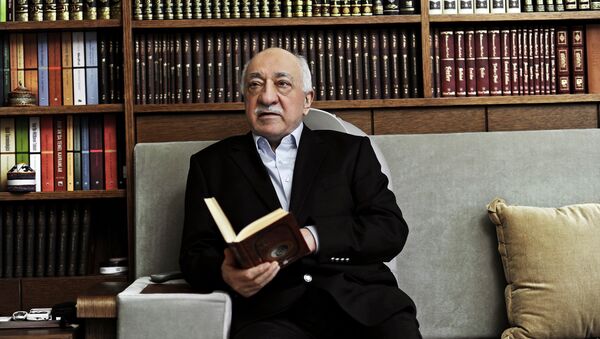 The arrests and detentions were carried out on suspicion of being members and providing financial support to the Gulen movement’s sympathizers known as the "Fethullahist Terrorist Organization (FETO)/Parallel State Structure (PDY)," the Turkish Minute online outlet said.

The arrests and detentions were made in Mersin, Siirt, Ankara, Gaziantep, Antalya and other cities and provinces, according to the outlet.

This is the latest in a series of arrests and detentions since a corruption investigation unearthed in December 2013 implicating then-prime minister Erdogan, his family and ruling party officials. Gulen was Erdogan's ally before the investigation.

In 2014, Turkey opened an investigation into the "parallel state" FETO/PDY organization for allegedly seeking to overthrow the government. Gulen faces charges including treason and extradition, which he denies.

Gulen is said to be the main suspect in the December 17-21, 2013,mass wiretapping investigation that targeted over 7,000 people.