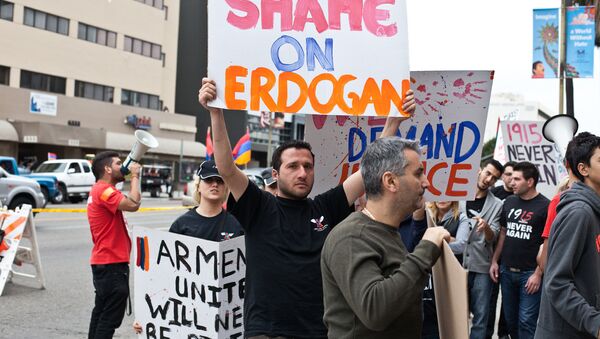 Turkey has warned Germany over a parliamentary vote to declare whether the mass killings of Armenians by Ottoman forces should be recognized as “genocide,” as tensions between the two countries rise.

"Germany must be careful concerning its relations with Turkey."

"I do not think that the German parliament will destroy this relationship for the sake of two or three politicians," he added, referring to the officials who put the resolution before the Bundestag.

The resolution titled, 'Remembrance and commemoration of the genocide of Armenians and other Christian minorities in 1915 and 1916' is expected to be carried in parliament, given that it was drawn up by — and has the support of — senior figures of Germany's center-right coalition (Christian Democratic Union and Social Democratic Party) and the opposition Green Party.

"Their fate exemplifies the mass exterminations, the ethnic cleansing, the expulsions and indeed the genocides that marked the 20th century in such a terrible way," the resolution reads.

It also states the "German Empire bears partial responsibility for the events," as Germany was allied to the Ottoman Empire at the time and deployed troops who participated in the deportation of Armenians. 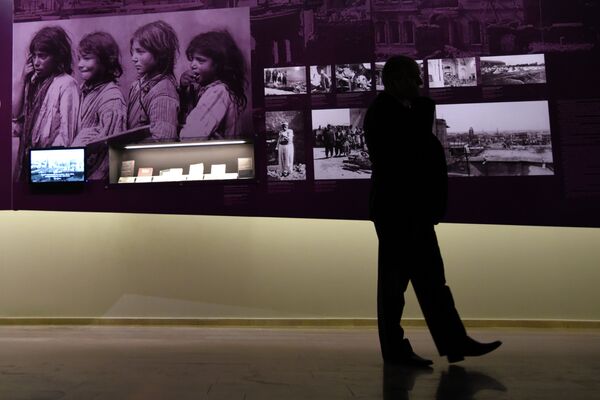 Turkey, the successor state to the Ottoman Empire, rejects the use of the word "genocide" to describe the mass killing of Armenians during World War One, arguing that any deaths that occurred during the relocation and deportation of Armenians were justified as the Armenians posed a threat due to their supposed sympathies towards Russia.

The vote in the Bundestag comes a year after German President Joachim Gauck became the country's highest-ranking official to publicly describe the killing as "genocide," which led to a fierce rebuke from Ankara.

It also comes at a delicate time in German-Turkish relations, with Berlin and the EU looking to Ankara for help to stem the flow of refugees into Europe.

Officials have agreed on a refugee deal, however tensions have risen in recent times over a number of issues amid fears a diplomatic breakdown could see the refugee agreement scrapped.

Germany: 1000 Turks protest against Bundestag's vote on a resolution regarding recognition of the Armenian genocide. pic.twitter.com/ZcdDva3rHj

While many in Germany support the move to recognize the Armenian genocide, there is also criticism from within, with more than 1,000 people taking to the streets on Saturday (May 28) to protest the Bundestag vote, in an event organized by local Turkish community groups.

Germany has an estimated three million ethnic Turks living in the country, with Turkish activists saying the genocide resolution could have negative consequences "for peaceful coexistence between Germans and Turks here but also in Turkey."

The threat from Turkey is also causing disagreements in the political sphere with Aydan Oezoguz, the government's top official in charge of integration, warning the parliamentary vote is the "wrong path" to take.

"Those who think that such a move would lead automatically to a rehabilitation in Turkey are wrong. Through this vote, that aim would be pushed further away," she said.

While figures vary, historians estimate that as many as 1.5 million Armenians were killed by Ottoman forces between 1915 and 1917.

The governments and parliaments of more than 20 countries, including Russia, Brazil and France, along with 44 American states, have recognized the Armenian genocide as such, however the US federal government, the UK and Israel are among those that do not consider the events to be genocide.