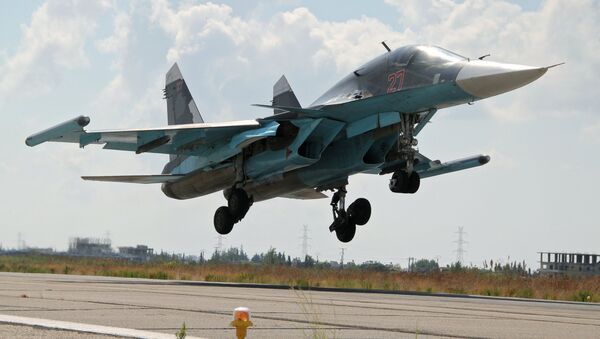 According to the Russian military, Su-34 jets operating in Syria have destroyed a series of oil production facilities operated by terrorists near Raqqa.

Raqqa is the self-proclaimed capital of the terrorist group Daesh, also known as IS/Islamic State. The city also allegedly served as a waypoint for terrorist oil making its way into Turkey.

Last month, Russian and Syrian Air Forces carried out coordinated airstrikes against Daesh in the province of Raqqa.