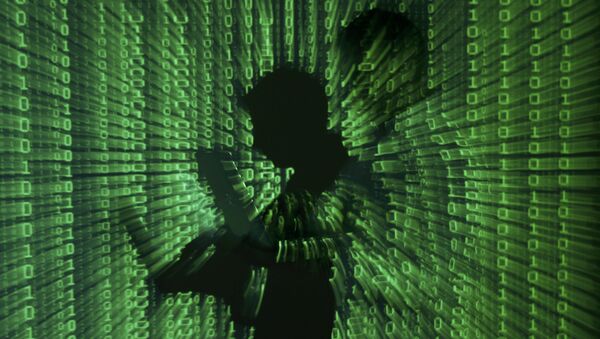 "They [the NSA] don’t care what they do, they feel that they have the right to do anything that they feel necessary, and they will cover up crimes and procedures and violations of regulations that they’ve done to achieve whatever their ends are," Binney tells Loud & Clear host Brian Becker.

A former high-ranking official within the NSA, Binney and two other officials led an effort to have the agency investigated for wasting millions of dollars on a data-analysis program known as Trailblazer in 2002.

Rather than treat Binney’s complaint as legitimate, the Defense Department Inspector General’s office violated protocol by conspiring with the FBI to punish Binney and his cohorts.

Binney had authored his own analysis program, known as ThinThread. Invented to monitor individuals suspected of terrorism, Binney’s algorithms included a number of safeguards to insure that the privacy of Americans remained intact. The NSA, however, was not interested in these precautions.

"They used our software and corrupted it and turned it against the people of the United States," he says. "That was fundamentally a violation of the First, Fourth, Fifth, and Sixth Amendments of the Constitution. So they were scrapping the Constitution, they were doing this all in secret."

The motive behind the mass collection of raw data may have less to do with security and more to do with budgetary concerns.

"It commits the government and We the People to more taxing to keep increasing the budget of NSA to keep up with the volume of material being passed around the world," Binney says. "In other words, it’s an ever-increasing amount of communications occurring year after year, which means they have to have an ever-increasing capability to collect it all and store it all, which takes more and more money year after year."

The NSA justified its actions as necessary to protect American citizens. But for Binney and other NSA whistleblowers, that defense is far too reminiscent of those made by Nazi Germany.

"The president can declare anyone a terrorist threat and have the military take them off the street, anywhere, and incarcerate them indefinitely without any due process. Those are violations of fundamental rights of the Constitution," he says.

"That’s exactly what Special Order 48 issued by the Nazis in 1933 did, right after the Reichstag fire. It says almost exactly the same thing."

The US intelligence apparatus is detailed by Binney as acting exactly like a police state.

"They are now basically declaring openly that they are going to use the NSA collected data to prosecute people internally in the United States," Binney says.

"It’s not just inside the US, it’s worldwide. [The NSA] gives them power and evidence to use to intimidate and manipulate members of parliament in any government in the world. Any commercial company that’s doing things [the US] doesn’t want to happen, they’ve got data on them to."

"It gives them a great deal of power. Knowledge is power."