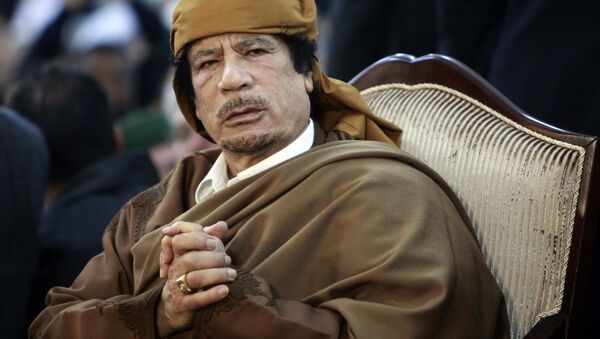 MOSCOW (Sputnik) – In 2011, as the civil war broke out in Libya, a multi-state coalition, consisting mostly of NATO members, began a military intervention in the country with the declared aim of establishing an immediate ceasefire. The operation led to the escalation of the conflict in the country and the subsequent killing of the country's long-standing leader, Muammar Gaddafi.

"It was a mistake not because they violated the [UN] Security Council mandate that proposed to close the [Libyan] airspace, not allowing aviation to fly. They [NATO] simply bombed [Libya] flying in that airspace and in the end Gadaffi was violently killed. Whichever way you look at this, this is also a war crime," Lavrov said during a live linkup on kp.ru.

Africa
Gaddafi's Cousin: Libya Ruined and 'Humiliated' After NATO Invasion
The instability triggered the rise of numerous Islamic militant and terrorist groups, particularly Daesh, which has been carrying out attacks on Libyan oil and other infrastructure.