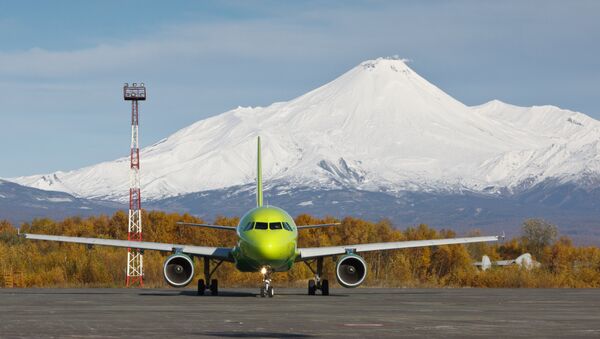 According to an airport representative, the dog was left behind by its owner who did not have enough money for transporting his pet and he had not prepared necessary veterinary documents, so the dog was not allowed on the plane.

“Thanks to social network users we managed to find this dog's old owner in Moscow but, unfortunately, he refused come over and take it out,” Marina Nikolenko, a member of the “Island of Hope” volunteer group said.

“But the dog has a new owner now. One of the airport’s security staff decided to take it home. The man and dog liked each other the very moment they met,” she added.

Over the course of one week the “Kamchatka Hachiko” so named by social network users, became a local celebrity.

Kamchatka’s Hachiko: Loyal Dog Awaits Owner at Airport in Russia
After the story of the abandoned dog went viral in local and national media, people from across the nation started coming forward offering to “adopt” Hachiko, and the volunteers launched a campaign to raise funds required for transferring the dog.

Meanwhile, the airport staff and other people moved by the dog’s plight, were bringing in food while Hachiko went out to meet every incoming plane apparently hoping to find its owner among the new arrivals.

In Japan one such dog named Hachiko proved its undying loyalty, waiting for his master’s return in the same location every single day for 10 years after his master’s death!

Years later, a statue was erected in the dog’s honor and several movies have been made about it, including one featuring Hollywood star Richard Gere.