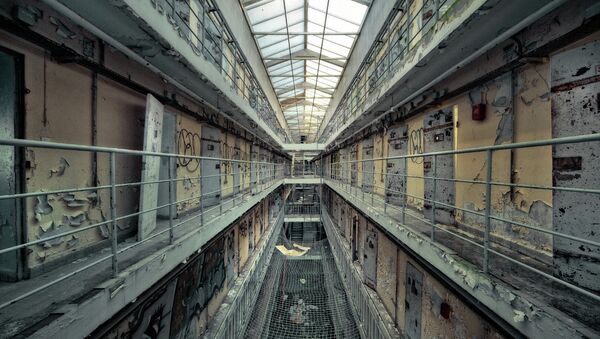 While many in the United States are gathering with their family and friends at the beach, barbeques or parades in cities and towns across the nation to commemorate veterans that have fought in a series of seemingly unending wars, another cadre of Americans are congregating in Washington DC to honor political prisoners held by the state.

“My first three years (1,095 days) in solitary were pure horror. I was put in solitary at the county jail the minute I was arrested,” recounts Judith Vazquez, who many consider to be a political prisoner, in her essay entitled ‘On the Verge of Hell.’ Vazquez was arrested in 1992 and sentenced 30 years to life in 1995 for first-degree murder, a crime she maintains she did not commit. She’s currently being held in the Edna Mahan Correctional Facility for Women in Clinton, New Jersey.

“After I arrived at state prison, I suffered years of rape by guards. I became pregnant and was forced to abort in my cell without any medical aid,” she wrote in the book ‘Hell Is a Very Small Place: Voices from Solitary Confinement.’

Over Memorial Day weekend, Vazquez and others will be memorialized through film and mural by the Smithsonian Asian Pacific American Center in Washington DC. The Arts and Industries building where the exhibit, which includes work from artists, dancers and poets, is being held has been closed since 2004. “[O]ne of those artists, muralist Vaimoana Niumeitolu, has decided to honor incarcerated prisoners of color, including Vasquez, whose complicated identities are confined to a cell,” wrote Think Progress, which covered the exhibit.

“I really want… [people] to take away questions. What is this? Who is she? Who is he? Why are they honoring this? What is that design? I really want… [people] to have questions and go look that up and have conversations, rather than just being like ‘Wow this is cool, this is great,’” said Niumeitolu after being questioned why she created the exhibit by Think Progress.

Other prisoners being commemorated include Assata Shakur and Sundiata Acoli, both former members of the Black Panther Party, who were accused of killing a New Jersey State Trooper. Oscar Lopez Rivera, a Puerto Rican nationalist and one of the leaders of the Armed Forces of National Liberation (FALN), and Ojore Lutalo, a former member of the Black Liberation Army, are also featured.