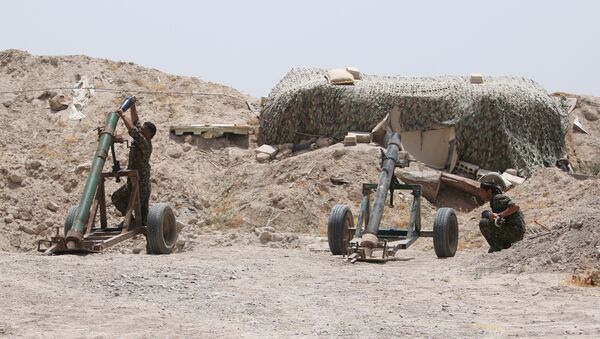 What's Behind US Intense Support for Operations in Raqqa, Fallujah
ERBIL (Iraq) (Sputnik) — On Tuesday, the SDF, supported by Washington started an operation to liberate Raqqa from Daesh.

"The operation Raqqa, as we call it, is underway. Our first aim is not to capture Raqqa itself, but to cut the communications between IS territories and Turkey. That's why, we started offensive on Tabqah town located 40 kilometers [25 miles] west of Raqqa after capturing several villages north of Raqqa," the source said.

Syria has been mired in civil war since 2011, with government forces fighting numerous opposition factions and extremist groups, such as Daesh.

Raqqa has been under control of Daesh, a designated terror group outlawed in the United States and Russia among many other countries, since 2013.