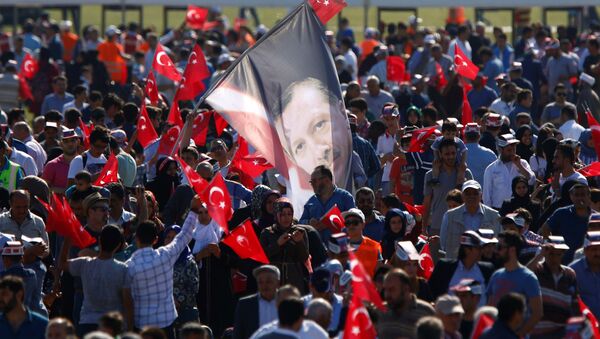 Around a million of residents and guests of the largest Turkish city of Istanbul participated on Sunday in the ceremony dedicated to the 563rd anniversary of Turkey's conquest of the city, then called Constantinople, local media reported.

The newspaper added that hundreds of thousands of spectators were able to see an aerobatics show, fireworks, as well as a military performance dedicated to the conquest..

Constantinople, which was the capital of the Byzantine Empire, was captured in 1453 by the Ottoman Sultan Mehmed II. After the conquest, Mehmed II moved the Ottoman capital to Constantinople. Despite the fact that Turkey used name Istanbul, the previous name of the city had been widely used in the European languages until the 20th century, before Ankara changed its name by legislative action.