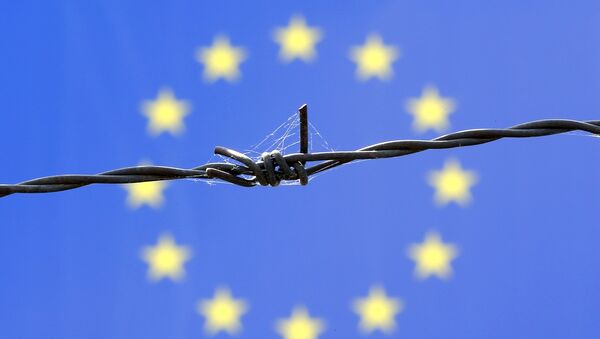 "We should solve issues at the lowest possible level," Waszczykowski told Die Welt. Only when it cannot be done, should Brussels take over. "The EU should not aspire to become a super state."

Waszczykowski of the ruling Law and Justice Party (PiS) maintained that the existing trend had to be reversed in favor of greater national sovereignty. EU leaders need to have "a comprehensive discussion on the strengthening" of state sovereignty, while national parliaments "should have more to say in EU matters," he observed.

How I Learned to Stop Worrying: Poland to Teach Children How to Love NATO
Waszczykowski also praised Prime Minister David Cameron for renegotiating the terms of UK's membership in the EU. Should Britain remain in the union following the June 23 referendum, it would mean that the deal was "a step in the right direction," but an insufficient one, he added.

That said, Warsaw will refrain from making any steps that could lead to the country leaving the bloc, he emphasized. In fact, Waszczykowski called on the EU to put more efforts into creating a real energy union, strengthening the single market, following a "strong common security policy" and promoting the EU enlargement.

On Friday, Janusz Korwin-Mikke, a Polish member of the European Parliament, urged Warsaw to follow in the UK's footsteps, adding that his country would have been better off staying outside the European Union.

Poland's economy grew by eight percent when "we joined the European Union," he told the Rzeczpospolita newspaper. "Now we have fallen to the bloc's average of 1 percent, 2 percent maximum. If we had kept previous growth rates, we would have surpassed Germany by now."

Poland and the EU are going through a rough patch following the PiS victory last year and reforms that followed.  This week, several officials from both Poland and the European Commission said that the sides were close to resolving their disagreements over reforms to the Constitutional Tribunal, underscoring that a comprehensive solution, satisfying both sides, was a priority.

000000
Popular comments
Poland is the biggest debtor nation in the EU and ironic, now the tap of cash is being turned off, they have discovered a voice? Do they still have the CIA Torture Cells up and running in Poland? In fact it is ironic, he says about Cameron, who the UK watch his mouth open and know he is lying, when Cameron said that he did not want UK tax payers footing Child Benefit to the Eastern European nations, whose children live back home and not in the UK. Strange how the Eastern European nations could not see the logic, but demanded that UK tax payers keep on financing the child benefit arrangements of large families back home in Eastern Europe. Are they as generous when the refugees arrive on their territory?
anne00marie
29 May 2016, 14:07 GMT3
000000
These fault lines are going to drag Europe to catastrophe and what you have to remember is that the EU is led by globalist fanatics whose reply will be a two fold strategy of speeding up mass migration to bolster their power bases and further provocations against Russia in a bid to assimilate new territories and divert attention.