CEO of Russia's Largest Bank Gets His Cheese On at Presentation 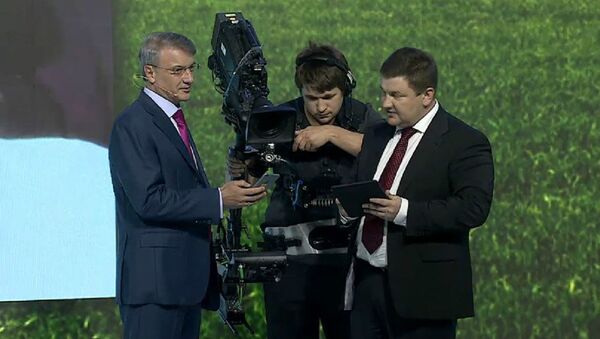 Bukarev, whose business accounting is entirely run online on system introduced by Sberbank, brought a 4kg block of cheese as a gift to the host, but Gref adamantly refused to accept it as a present and offered to buy it instead — using the Sberbank Online system.

According to LifeNews, the entire transaction was conducted almost immediately and by the book as the farmer sent an invoice to Gref via his tablet, earning about $90 in the process.

"This should make both the minister of finance and the tax revenue service happy," the CEO chuckled.