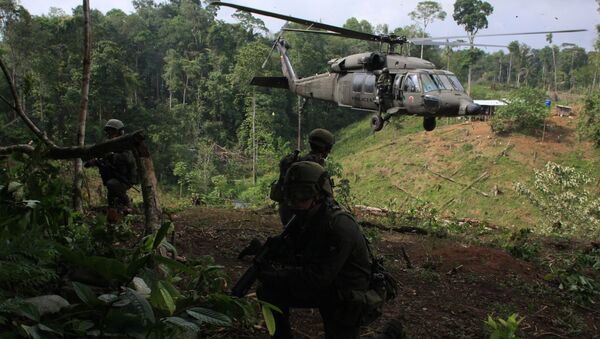 MEXICO CITY (Sputnik) – Earlier this week, Colombian President Juan Manuel Santos said that a large-scale search operation was underway for three journalists who had disappeared in a guerilla-held conflict zone.

Gang Member Reportedly Arrested Over Disappearance of Students in Mexico

"My kidnapping was a serious mistake by the ELN [National Liberation Army]," the journalist said after her Friday release, as quoted by El Mundo.

According to Mora, the two other journalists that have gone missing will be released "tonight or tomorrow at the latest."

The reporter stressed that "the future of reporters is endangered" but claims that ELN did not explain the reason behind her kidnapping.

Mora, a longtime correspondent for El Mundo, Spain’s second largest printed daily, and a columnist for Colombia’s El Tiempo, went missing while reporting in the northern Norte de Santander Department. She was last seen boarding a motorcycle taxi on Saturday in the town of El Tarra near the Venezuelan border.

At least three guerilla movements – the National Liberation Army (ELN), the Revolutionary Armed Forces of Colombia (FARC) and the los Pelusos armed group are active in the area where the journalists disappeared.

The ELN is the second-largest rebel group in Colombia after FARC.