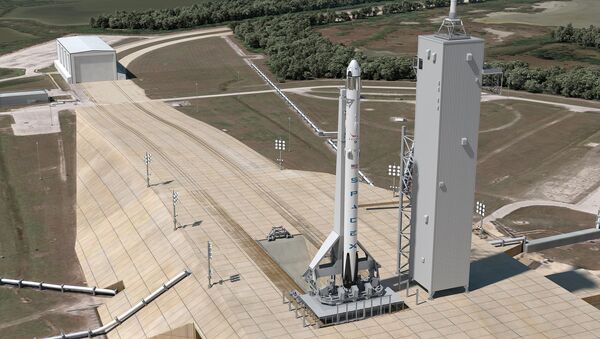 According to SpaceX (Space Exploration Technologies Corporation), the Thursday launch was postponed because additional data review was needed.

SpaceX CEO Elon Musk said via Twitter on Thursday that there was "a tiny glitch in the motion of an upper stage engine actuator" which was "worth investigating."

THAICOM 8 satellite in nominal coast phase. Webcast back in about 15 minutes for deployment https://t.co/tdni53IviI pic.twitter.com/Cg0rFH702D

The first stage of SpaceX’s Falcon 9 rocket has landed successfully on a drone ship in the Atlantic Ocean, the company said.

"Falcon 9 second stage and THAICOM 8 spacecraft in nominal orbit and coast. First stage has landed on the droneship," SpaceX said via Twitter, posting an image of the first stage standing upright on the autonomous floating platform.

After a successful drone ship landing in April, SpaceX CEO Elon Musk said that the Flacon 9 booster could be used for 10-20 more flights; with the help of some modifications, the rocket could fly up to 100 times.

In December 2015, SpaceX succeeded in making its Falcon 9 first-stage rocket land upright about 6 miles from where it was launched at Cape Canaveral, Florida.

Tests completed after the successful drone ship landing in December 2015 indicated that the booster could possibly fly again.

So far, SpaceX has not relaunched any of the rockets that have landed successfully, but, according to Musk, a first stage Falcon 9 could be reused as early as this summer.