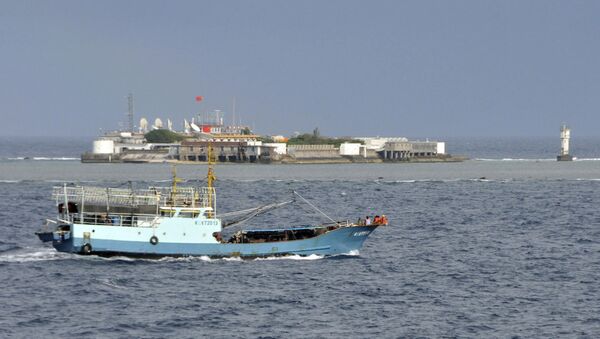 G7 Expresses Concern Over East, South China Sea Territorial Disputes
The G7 countries have used this week's summit in Ise-Shima, Japan, to demonstrate a united front on the South China Sea territorial dispute between China and some ASEAN member nations about their respective sea zones.

Japanese Prime Minister Shinzo Abe "led discussion on the current situation in the South China Sea and East China Sea. Other G7 leaders said it is necessary for the G7 to issue a clear signal," Deputy Chief Cabinet Secretary Hiroshige Seko told reporters after a session on foreign policy affairs on Thursday.

In response, China's Foreign Ministry spokeswoman Hua Chunying said the comment "does not comport with the G7's status as a group of developed economies," and called on the G7 not to "hype up the disputes and create tensions" which destabilize the region.

While the US, Japan and some ASEAN countries like Vietnam and the Philippines want to take the dispute to an international court of arbitration, China rejects that suggestion and wants to solve the dispute, which involves control of the Spratly and Paracel island chains and vital shipping lanes, with bilateral talks among the affected parties in the region.

Valeriy Kistanov of the Russian Academy of Sciences' Far-East Institute told Sputnik that Tokyo's keenness to raise the South China Sea issue at the G7 has its roots in a desire to deflect Beijing's attention away from their own territorial row over a group of eight uninhabited islands and rocks in the East China Sea. 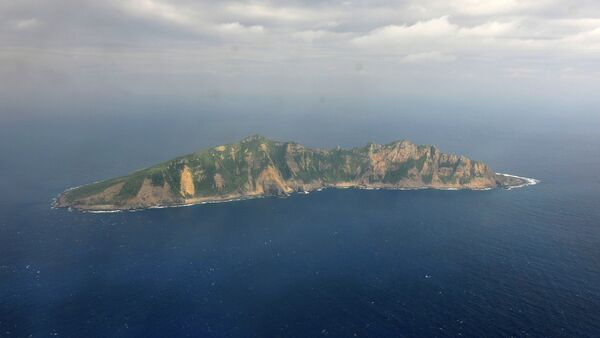 "In Tokyo they look at it this way: 'We want China to be bogged down in territorial disputes in the South China Sea and spend its resources there, then there will be less pressure on us,'" Kistanov said.

"That's why Japan is actively involved in the conflict in the South China Sea, supporting the US insistence on containing China in any way it can."

Kistanov expects the G7 to make a statement on the issue on Friday, which will increase tensions, particularly between China and Japan. He said Japan and US are the ringleaders, supported by Canada and to a lesser extent the European G7 members, who are keen to develop economic links with Beijing rather than antagonism.

"Any time he can, Shinzo Abe is raising the freedom of navigation issue and the need to contain Chinese expansion. The Chinese really don't like it. Now he's gone so far as to include the South China Sea debate at the G7, there will even be a special announcement about it."

"Of course, China won't be mentioned (directly) – after all, diplomatic tact will be observed. If China were mentioned by name, that would be an unprecedented scandal, there would be a severe reaction from Beijing. Its reaction to what the G7 has already said is strong enough. The fact that the Japanese are allowed this debate will only exacerbate tensions in Sino-Japanese relations."

Beijing Tells America to Leave South China Sea After Intercepting Spy Plane
Gao Fei of China's Diplomatic Academy told Sputnik that the G7 are using the dispute for their own political ends.

"This is a summit where a group of countries discuss ways to protect their place in the world. China's rise is exercising a huge influence on the world – recently China has become the first to change the world order and play to its own rules."

"The South China Sea problem is just a starting point to try and stop the rise of China. From this perspective, it is not surprising that the G7 are unanimous in their discussion of the issue in Japan."