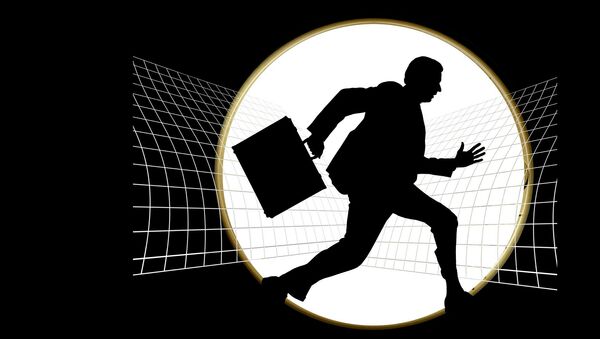 European Union finance ministers have put off until their next meeting in June plane to crack down on aggressive tax schemes that large multinationals use to reduce their tax bills in EU member states, despite the LuxLeaks and Panama Papers scandals.

EU Politicians Slam New Tax Deal That Lets Big Business Avoid Probes
EU lawmakers have slammed the failure of the EU institutions to take on the big multinationals over the issue, but have been hampered in the past by the lack of cooperation from the companies themselves.

In response to the Panama Leaks revelations, which showed wealthy individuals and firms channel funds through offshore firms to avoid paying taxes, the Greens in the European Parliament (EP) have called for an immediate response at EU level.

.@Eurodad: After #SwissLeaks, #LuxLeaks, #PanamaLeaks: It is plain shameful that there is no global tax standards! #EGP24

Greens/European Free Alliance co-president Philippe Lamberts said: "Panama Leaks shows we have so far just been scratching at the surface of the odious tax avoidance practices employed by individuals and businesses around the world and Europe. The Panama Papers have shown that obligations under existing EU anti-money laundering legislation are not enforced by EU governments and authorities.

"It would appear that, as with the revelations in Luxembourg Leaks, EU institutions and governments have failed in their duty to enforce the law," he said.

Finance ministers in April agreed to make the largest corporations operating in the EU report their activities to tax administrations. It follows a series of rulings and investigations by the European Parliament and Commission.

However, critics say the new tax arrangement – for multinationals with a total consolidated group revenue of at least US$847 million – will only involve passing tax information between member states' tax agencies and will not be made public or available to journalists.

But finance ministers have also failed to tackle anomalies within the EU, under which member states offer "sweetheart deals" to big companies.

EU Too Complicit in Tax Fraud to Take Any Action – Italian Lawmaker
In January 2016, the European Commission branded the Belgian "excess profit" tax scheme illegal under EU state aid rules and ordered the country to recover the US$760 million unpaid tax from the companies concerned, most of which are major multinationals.

In October 2015, the Commission ruled that Luxembourg and the Netherlands have granted selective tax advantages to Fiat and Starbucks, respectively. The Commission also has three ongoing in-depth investigations into concerns that tax rulings may give rise to state aid issues, concerning Apple in Ireland, Amazon and McDonald's in Luxembourg.