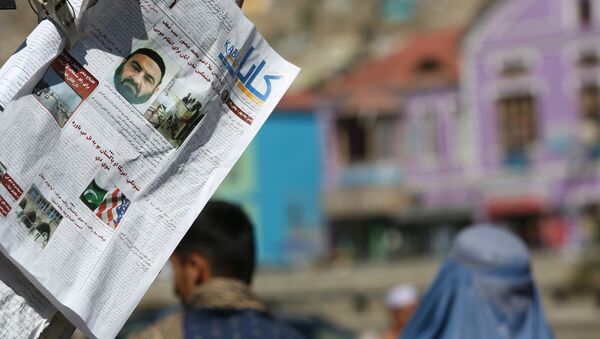 WASHINGTON, May 25 (Sputnik) – The appointment of Haibatullah Akhundzada as new leader of the Taliban will not interfere with US efforts to achieve reconciliation between the group and the government of Afghanistan, US Department of Defense spokesman Adam Stump told Sputnik on Wednesday.

"The United States remains firmly committed to the objective of finding a political settlement between the Afghan government and the Taliban, and the appointment of a new Taliban leader does not alter that goal," Stump stated.

Earlier on Wednesday, Afghanistan’s Taliban insurgency confirmed Mansour's death through its spokesman and named Akhundzada as the group's new leader.

Stump said the United States supports an Afghan-led and owned process for a negotiated resolution of the conflict in the country.

"All groups, including the Taliban, should be part of such a dialogue so that Afghans can talk to other Afghans about the future of their country," he added.