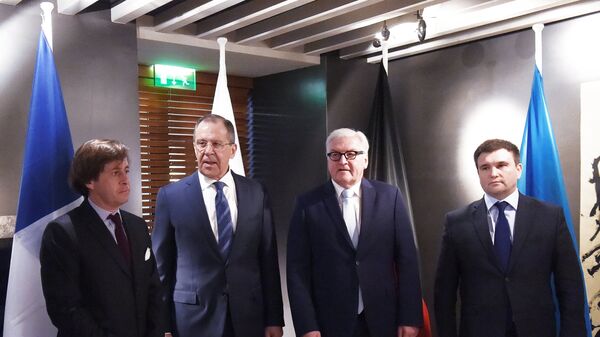 "This is a monitoring mission in Donbas, in our understanding this is not a police mission. Indeed, this issue is being discussed. It's not the first time it has been up for discussion. Theoretically, it [monitoring mission] can be armed, but this mission consists of people who are not soldiers, so there is a question regarding how they will use weapons," Peskov told reporters, adding that discussions on the matter would likely continue.

The spokesman underlined that in order for major decisions in the framework of East Ukraine settlement to be successfully implemented, they have to be coordinated with representatives of the self-proclaimed Donetsk and Luhansk republics.

"Unfortunately, the Ukrainian side, Kiev, still avoids any contact with representatives of these region, and ignoring their opinions is simply impossible. Therefore, Russia takes on this rather complex task," Peskov said.

However, there is still no clarity regarding the deployment of a Organization for Security and Co-operation in Europe (OSCE) special police mission to eastern Ukraine, a source from the German Foreign Ministry said Tuesday.