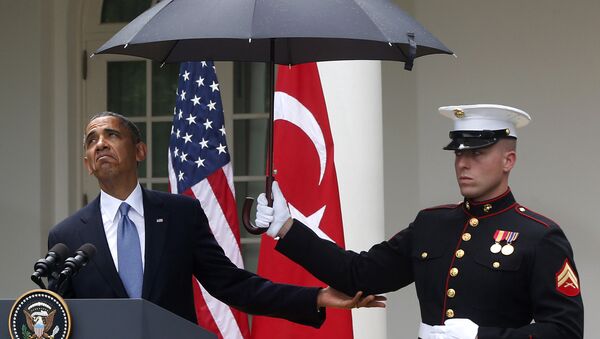 © AP Photo / Charles Dharapak
Subscribe
International
India
Africa
Washington is trying to deter any possible alliance between Russia, Turkey and Iran on Syria: if the three countries unite their efforts against the terrorists, the jihadists will easily be defeated and the US will thereby lose its ability to destabilize the region, Iranian political analyst and former journalist Hassan Hanizadeh told Sputnik.

The US is thwarting any possible alliance between Russia, Turkey and Iran to fight the terrorist groups in Syria, Hassan Hanizadeh, former editor-in-chief of the Iranian news agency MehrNews told Sputnik.

Meanwhile, Washington is using the terrorist groups operating on the ground in Syria as a tool to divide the countries of the region. Thus, the political editor added, the US is interested in keeping relations between Turkey and Russia strained and in stirring tensions between Iran and Turkey.

Washington, he explained, is interested in extending its sphere of influence in the Middle East.

His comments come in reference to the recent remarks of Turkish Armed Forces’ former Chief of Staff Ilker Basbug, who called for cooperation between Russia, Iran and Turkey on Syria. 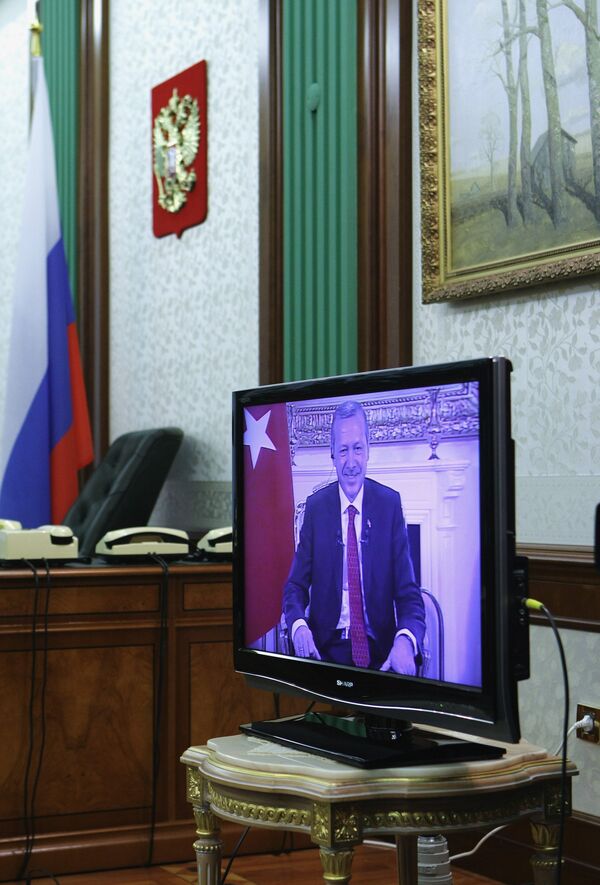 ”We need to work together with other countries on the Syrian issue; alone we cannot cope. We need to act together with Iran and Russia, because they want to protect the territorial integrity of Syria… Turkey urgently needs to review its policy on Syria. It is necessary that Turkish relations with Russia get back to normal”, Ilker Basbug recently said in Frankfurt at a Symposium organized by Turkish public organizations.

“The call for cooperation between Turkey, Iran and Russia from such a high-ranking official apparently means that Turkey is gradually changing the course of its foreign policy on Syria and other issues in the Middle East,” Hanizadeh said.

Forget Assad! US Should Focus on Al-Qaeda 'Building Proto-State' in Syria
If the current leadership adheres to the words of the former top officer, the political analyst added, the whole region will make a step towards stability after the five years of the brutal war which has brought political, economic and humanitarian disasters throughout the Middle East.

Thus the cooperation between Turkey, Russia and Iran is crucial for the settlement of the Syrian crisis and it will provide a solid base for the defeat of terrorists groups such as Daesh, the Al-Nusra Front, Jaysh al-Islam, and Fatah al-Islam.

Iran, Russia and Turkey have all the potential – diplomatic and military – to neutralize the terrorists. However the difference in positions on Syria between the major military circles in Turkey and the country’s leading government remains the stumbling block for the possible alliance.