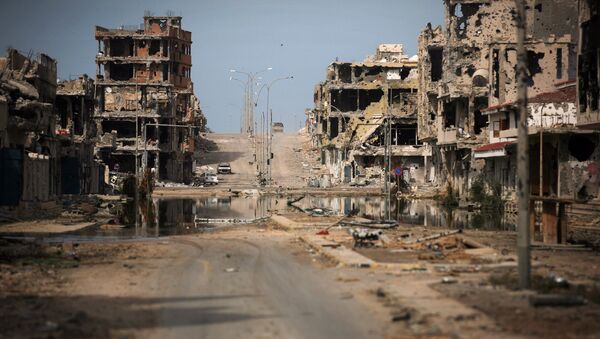 ROME (Sputnik) — Earlier in the day, Renzi told the Repubblica TV broadcaster that Italy had no intention to send its troops to Libya and that Rome intended to promote stability in this country through diplomatic means. According to Renzi, any decisions related to possible sending of the Italian forces abroad have to be approved by the country's parliament.

Why the European Union Has No Power in the Middle East

"And we stand ready to help Libya build its own defence institutions if so requested by the new Government of National Accord in Libya as part of broader UN-led efforts. And I spoke recently with Prime Minister Sarraj on how NATO can assist and he will soon send a team of experts to NATO to identify how we can help the new Libyan Government of National Accord," Stoltenberg said a joint press conference with the Italian Prime Minister Matteo Renzi.

Hamburgers and Missile Shields: Why Poles are So Eager to Host NATO Bases
After Libyan long-standing leader Muammar Gaddafi was overthrown in 2011 by Western-backed rebels, two rival governments were formed in Tobruk and Tripoli.