No Legal Proof of Russia's Responsibility in MH17 Plane Crash 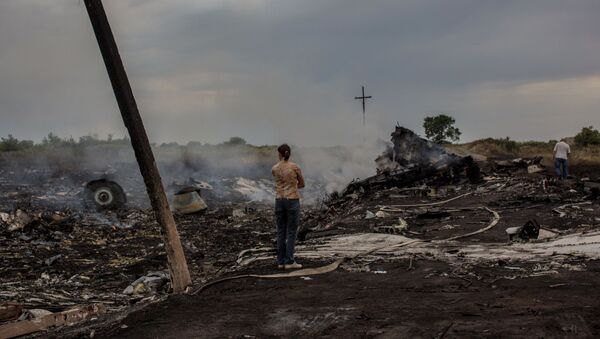 © Sputnik / Andrei Stenin
Subscribe
International
India
Africa
There is no legal evidence that Russia is responsible for the crash of the Malaysian MH17 airliner, the claims should be addressed to Ukraine, the head of Russian Federation Council’s constitutional committee said Tuesday.

MOSCOW (Sputnik) — Earlier in the day, the European Court of Human Rights confirmed it had received a lawsuit against Russia from the families of the victims of Malaysian Airlines flight MH17 that crashed in eastern Ukraine in 2014.

Malaysia Airlines flight MH17 crashed with 298 people on board on July 17, 2014, in eastern Ukraine, while en route to Kuala Lumpur from Amsterdam, leaving no survivors. Kiev and independence supporters in Donbass have blamed each other for the downing of the MH17 plane.

Dutch investigators published a report in October 2015 claiming that the Malaysia Airlines aircraft appeared to have been downed using a Russia-produced Buk surface-to-air missile system. The report did not identify the exact location from where the missile was fired. The investigators also slammed Kiev for closing its eyes to apparent threats to civil aviation.