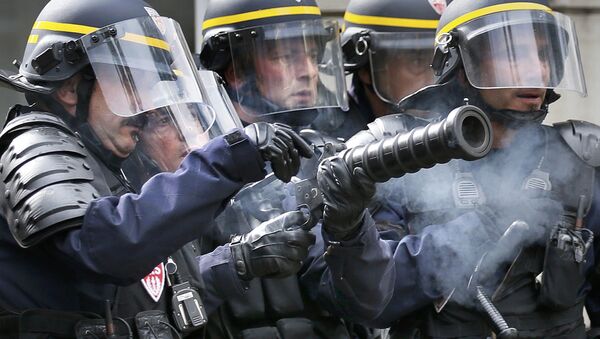 French police on Tuesday dislodged demonstrators in the southern department, amid widespread protests against the labor bill, local media reported.

MOSCOW(Sputnik) — French police on Tuesday dislodged demonstrators who were blocking access to a fuel depot in the southern Bouches-du-Rhone department, amid widespread protests against the labor bill that have led to fuel shortages across France, local media reported.

The access to the oil depot at the Fos-sur-Mer refinery was blocked by the protesters on Monday.

​According to the France Info news outlet, police used tear gas on protesters while dismantling the barricade. The demonstrators reportedly threw projectiles at the law enforcement personnel.

The proposed labor bill has given rise to multiple protests across the country in the past months. Among the reforms proposed by Prime Minister Manuel Valls’ government are highly unpopular attempts to increase daily working hours and simplify firing procedures.