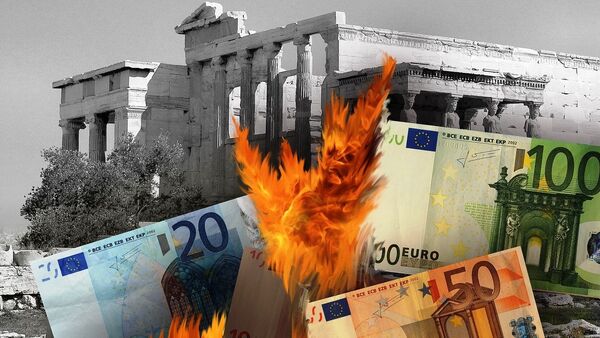 MOSCOW (Sputnik) – On Sunday, the Hellenic Parliament approved a bill aiming to satisfy creditor demands ahead of the Eurogroup meeting, adopting a contingency mechanism that allows the government to slash spending further if needed, as demanded by the Eurogroup.

The bill also increased the sales tax cap, satisfying creditor demands to broaden the country's tax base, as well as providing for the creation of a framework for a new privatization fund.

"The bailout tranche of 10.3 bn euros will be given in 2 sub tranches (7.5 bn in June, 2.8 bn in Autumn)," a Euronews reporter in Brussels tweeted, citing Greek government sources.

Other outlets specified the second disbursement would be paid in September, prompting speculation that Greece’s lenders may be dissatisfied with new mandated reforms Greek lawmakers passed last week.

Greece signed a deal with its creditors, the International Monetary Fund (IMF) and the European Central Bank (ECB) and some Eurozone nations, in July 2015 for a third bailout package worth 86 billion euros ($96 billion) in exchange for unpopular austerity reforms that include pension cuts and tax hikes.