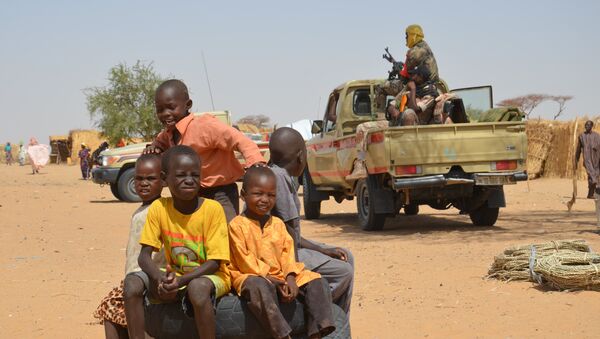 Another Girl Kidnapped in Nigeria's Chibok by Boko Haram in 2014 Found
UNITED NATIONS (Sputnik) — The Office of UN High Commissioner for Refugees (UNHCR) helps to relocate refugees from settlements in Niger threatened by Boko Haram attacks, the UNHCR said on Tuesday.

"Ten days ago, at the government’s request, UNHCR started to relocate hundreds of refugees from two spontaneous sites along Route National 1 to a camp some 50 kilometers from the border… More and more refugees and internally displaced tell us they want to move further away from the volatile border area, as they fear insurgents could attack their settlements in Niger, as they did in their villages in Nigeria and Diffa," UNHCR spokesman Adrian Edwards said in briefing notes published on the agency's website.

The Boko Haram extremist group began large-scale attacks in northeast Nigeria in 2009. Last year, the group expanded attacks into Niger, Cameroon and Chad. The extremist group pledged allegiance to the Daesh, outlawed in Russia and many other countries, in March 2015.

According to the UNHCR, the provision of aid to the region is obstructed by the highly insecure environment and lack of funding.