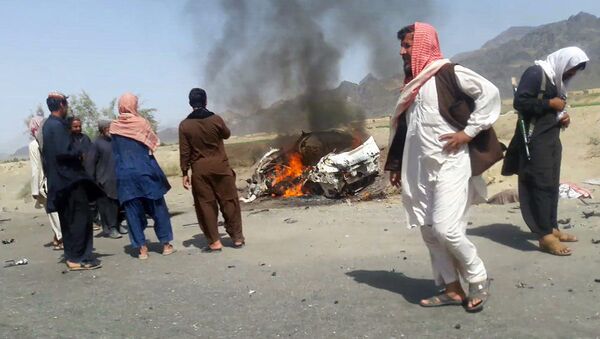 Pakistan has accused the US of violating its sovereignty following a US drone strike that killed the leader of the Afghan Taliban in an area just inside Pakistan’s border.

US President Barack Obama confirmed Mullah Akhtar Mansour, the leader of the Afghan arm of the Taliban, had been killed in the strike, labelling the death "an important milestone" in the fight against the group. 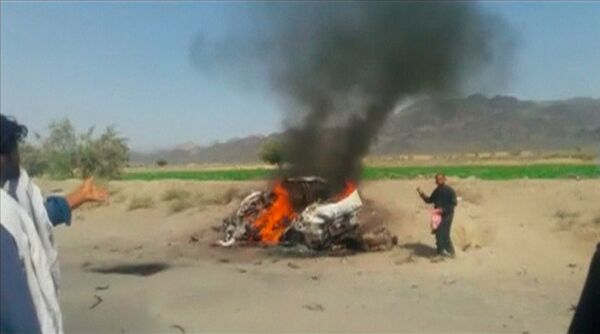 A car is seen on fire at the site of a drone strike believed to have killed Afghan Taliban leader Mullah Akhtar in southwest Pakistan in this still image taken from video, May 21, 2016.
© REUTERS

While Obama justified the US intervention, saying Mansour had "continued to plot against and unleash attacks on American and coalition forces," the drone strike, which was conducted inside Pakistani territory, angered officials in Islamabad.

It is very serious that nor Raheel neither Nawaz knew that #Pakistan sovereignty has been violated by US drone except when Kerry told them.

​"This is a violation of Pakistan's sovereignty," Pakistani Prime Minister Nawaz Sharif said, claiming that Islamabad was not informed before the drone strike was carried out.

In fact, media reports have suggested Pakistani officials were informed after the drone strike had been carried out.

While US officials were concerned Mansour’s leadership was pushing the Taliban closer to jihadist groups like al-Qaeda, there are fears his death could trigger further fracturing within the group, as rivals engage in a power struggle for control.

Pakistan has previously denounced US drone strikes on its territory, labelling them a breach of sovereignty, with the latest incident set to further strain relations between Washington and Islamabad.

US assassination of Mullah Mansoor was in reality a drone strike against QCG process; its effects will be long felt pic.twitter.com/Zp3qhCwTdP

​​Pakistan officials have long argued that the only way to end the conflict in Afghanistan was to negotiate with a united Taliban, with concerns Mansour's death could have a negative effect on the peace process.

The death comes amid stalled peace talks between the Afghan government and the Taliban, with last month's deadly suicide bombing in Kabul leading Afghan President Ashraf Ghani to prioritize military solutions rather than negotiations.

While the Taliban are yet to make a public statement in reaction to the news, it's understood the group's leadership council have already met to choose a successor.