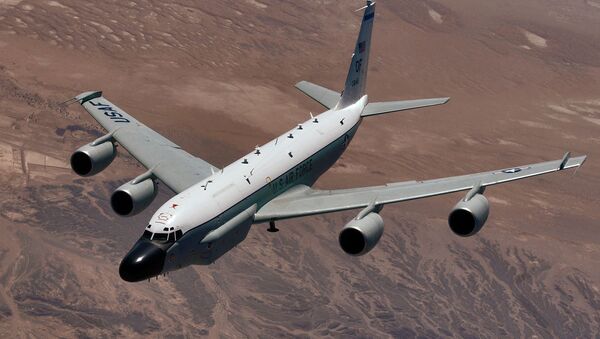 The Russian Defense Ministry said Monday it had summoned a US military attache in Moscow to protest "unprofessional actions" by a US reconnaissance plane over the Sea of Japan (East Sea) that could have endangered civilian air traffic near the Russian borders.

World
US Surveillance Plane Approaches Russian Border for 8th Time in 2 Weeks
MOSCOW (Sputnik) — According to the statement, "unprofessional actions by the US crew" endangered the civilian air traffic in the region.

"The US military official was informed that the Russian air defenses detected on May 22 a US RC-135 plane carrying out a reconnaissance mission over the Sea of Japan close to the Russian air space," the ministry said in a statement.

"The US plane was flying with switched-off transponder without agreeing its flight plan with regional air traffic control services. The plane used flight echelons allocated for regular flights by civilian aircraft," the statement said.

Over the past two weeks, US surveillance aircraft approached the Russian border near the Kaliningrad Region for eight times.

A week ago, another US Air Force RC-135 aircraft approached the Russian border, over the Baltic Sea. According to media reports, a Russian Su-27 jet was scrambled to intercept the plane.