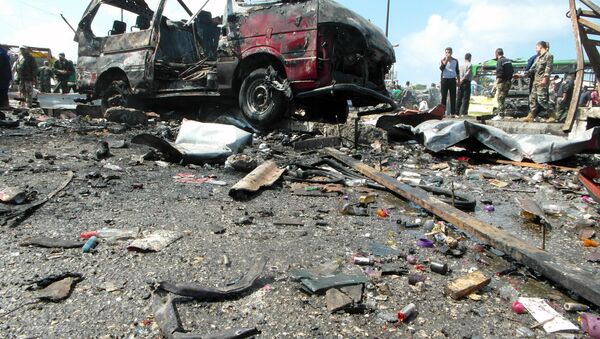 A series of terrorist attacks killed over 100 people in the Syrian towns of Jabla and Tartus on Monday.

MOSCOW (Sputnik) — Russian President Vladimir Putin sent a message to his Syrian counterpart Bashar Assad on Monday, expressing condolences for the loss of over 100 civilian lives in the western Latakia and Tartus provinces, the Kremlin press service said.

"The Russian leader underscored that this tragedy was further proof of the barbaric and inhumane nature of terrorist groups that are waging a bloody war on the Syrian people," the message circulated by the Kremlin read.

Putin confirmed Russia’s continued support to the Syrian government in its fight against terrorist menace, saying he expected that the perpetrators of bombing sprees in the cities of Jabla and Tartus would be brought to justice.