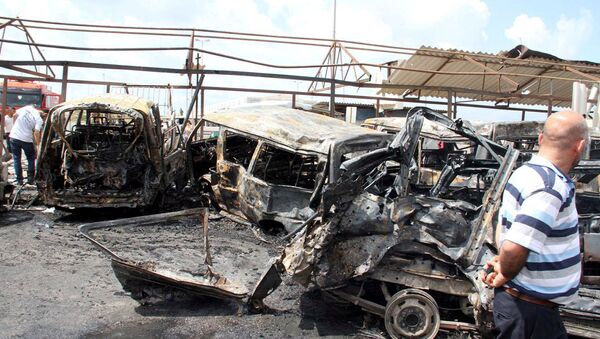 Moscow has decisively condemned the terrorist acts in the Syrian cities of Jabla and Tartus and believes terrorist acts are aimed at obstructing the ceasefire regime and stonewalling the political settlement in the country, the Russian Foreign Ministry said.

“We express our deep condolences to the family and relatives of those who died, and to the entire Syrian people, and wish for a quick recovery to those wounded. Yet another bloody act by terrorists on Syrian soil calls for decisive condemnation. It was done with the open goal of obstructing the cessation of hostilities supported in Syria since February 27 and also with the goal of stonewalling the political settlement to the Syrian crisis,” the Foreign Ministry said in a statement.