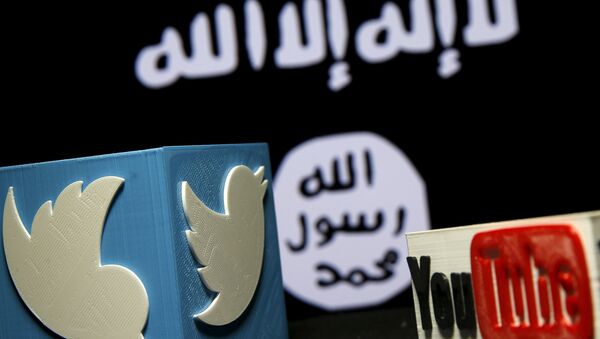 The fourth and last remaining member of the Daesh jihadist group's recruiting ring from the United Kingdom was identified as 27-year-old El Shafee Elsheikh from west London, US media reported Monday.

MOSCOW (Sputnik) – To date, three of the so-called Beatles group have been identified, captured or killed as Alexandra Kotey, Aine Davis and Mohammed Emwazi, known as "Jihadi John." The group, which gained the nickname for its members’ English accents, was responsible for brutal beheadings and torturing hostages.

"That boy now is not my son. That is not the son I raised," Elsheikh’s mother Maha Elgizouli told Buzzfeed, the outlet that exposed the Daesh fighter’s identity jointly with the Washington Post.

Elgizouli, a Sudanese emigre living in the London district of White City, said her son had been radicalized "in a matter of weeks" in local mosques. She named Islamist preacher Hani al-Sibai’s sermons as "heavily" influencing Elsheikh.

Elsheikh is said to be living in Syria with two wives and two young children. His younger brother was reportedly killed fighting within Daesh ranks in Iraq in 2015. Elgizouli blamed British authorities for failing to stop him from traveling with Elsheikh after imploring embassy officials to confiscate his passport.

All four of the so-called Beatles were reported to have been radicalized in the same region of London's Hammersmith and Fulham borough.

Emwazi was killed in an airstrike in November, Aine Davis was captured the same month, while Kotey’s whereabouts are unknown.