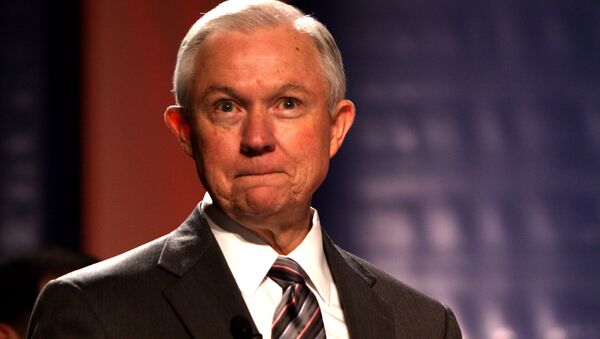 Stark Truth: Likelihood of Being Killed by Guns in US 'Alarmingly Elevated'
The outspoken Donald Trump supporter appeared on "Fox News Sunday," detailing his perception of the dangers of a Clinton presidency, and urging voters to support the presumed GOP nominee.

Jumping the gun with his comments, Sessions intoned that, "Hillary Clinton is the most anti-Second Amendment president perhaps we've ever had.”

"And what that means is, it's no longer a personal right to have a gun, but every city, county, and state can completely ban firearms in America," Sessions fulminated.

Last week, Republican front-runner Trump received the endorsement of the National Rifle Association, in their first-ever endorsement of a candidate prior to the official party selection during their July convention.

“It was a very clear choice,” an unnamed-NRA spokesperson told Politico on Saturday.  “Hillary Clinton is not an option. She must be defeated at all costs.”

Clinton has repeatedly vowed that she will take on the gun lobby and fight for “commonsense reforms” aimed at keeping guns away from terrorists, domestic abusers, and other violent criminals—including comprehensive background checks and closing loopholes that allow guns to fall into the wrong hands.

Many on both the right and the left have called her tough stance on weapons hypocritical, given her willingness to make arms deals with foreign nations, including Saudi Arabia, during her time as Secretary of State. It is often pointed out that the deal with the Saudis was made after receiving donations from the kingdom to her family foundation.