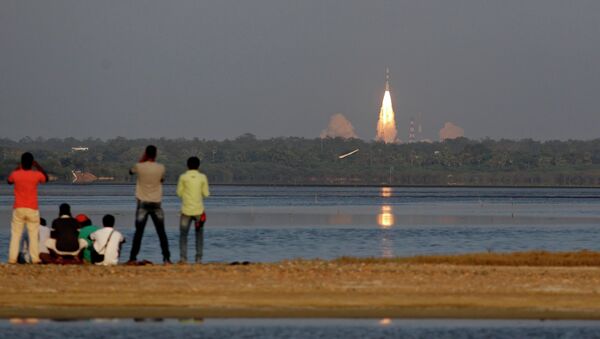 As NASA seeks additional millions from its government parent, India has successfully tested a reusable rocket costing only $14 million — about a seventh of the budget of the 2013 movie Gravity.

​An RLV-TD, for Reusable Launch Vehicle — Technology Demonstrator, a shuttle the size of a minibus, was successfully launched at 7:00 AM local time on Monday.

During the 10-minute flight the shuttle reached an altitude of 43 miles, after which it descended, entering the atmosphere at hypersonic speed, until slowing down and eventually splashing into the Bay of Bengal.

​Madhavan Chandradathan, a former director of the Vikram Sarabhai Space Centre, dubbed the mission a success, adding that “RLV-TD is healthy and floating on the sea."

"Everything went according to the predictions,” he told The Hindu, adding that the reentered rocket will be left in the sea.

According to ISRO, the launch was an important step toward the development of a cheap, reliable, and, most of all, reusable Two Stage To Orbit (TSTO) launch vehicle. It is expected to be used to put satellites into orbit.

Aim for the Stars: Revolutionary Space Project Wants India on Board
​Worldwide competition to be the first to have an efficient reusable rocket began in 2011, when NASA ended its costly shuttle program. Reusable shuttles will reduce expenses and avoid additional space debris orbiting the Earth.

SpaceX, a company founded by billionaire Elon Musk, has successfully landed its reusable rocket Falcon 9 on a drone ship. Unlike the Indian version, however, the Falcon 9 costs over $60 million.