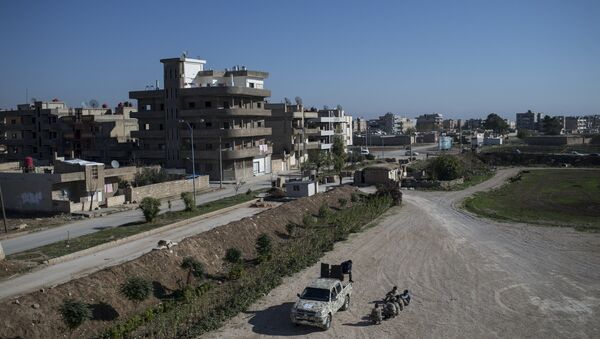 At least 5 people were killed in a suicide attack in Syria's northeastern town of Qamishli, local media reported Sunday.

Suicide Blast in Syria’s Qamishli Kills Five Kurdish Fighters
MOSCOW (Sputnik) — At least five people were killed and 20 more injured in a suicide, when a suicide bomber blew himself in a restaurant of Qamishli, according to the SANA news agency.

​Qamishli, which is located near the Syrian-Turkish border has often been the target of terror attacks: six people were killed on May 14 and another suicide blast took the lives of five more on April 30.

Qamishli has been under control of both the Syrian government and Kurdish forces, with the latter controlling the majority of the city.